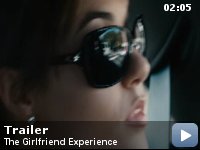 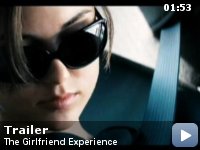 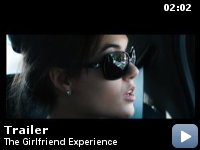 A drama set in the days leading up to the 2008 Presidential election, and centered on a high-end Manhattan call girl meeting the challenges of her boyfriend, her clients, and her work.

Storyline
Chelsea (Sasha Grey) is a high-priced $2,000-an-hour call girl in Manhattan, offering a 'girlfriend experience': she'll dress with the client in mind, go to dinner and a movie, listen attentively to talk about work and finances, and she'll provide sex. It's October, 2008: a presidential election nears and the economy is in free fall. She has a boyfriend, Chris (Chris Santos), who's a personal trainer. We are shown five non-consecutive days in Chelsea's life. She's working on her Web page, talking to image consultants, and being interviewed by a reporter. She asks clients when their birthdays are and uses that for an astrological prediction. She's drawn to a new client, a writer from L.A. Should she break her rules for him? What if it risks her relationship with Chris? Should she invest in gold?

Taglines:
See it with someone you ****

"Girlfriend experience" is a form of sex work (paid-for female companionship) in which a female prostitute behaves like a male client's girlfriend or shows (artificial) emotional intimacy beyond the sex act.

Interviewer:
Suppose I'm that rare client that really wants to…

Chelsea:
If they wanted you to be yourself, they wouldn't be paying you.


This movie felt like it had potential. It's not often that films try to
take a serious look at the world of prostitution. This, however, was a
downright mess. It was a terribly contrived attempt at being being hip,
indie, and sexy and only managed to land the part that it was
independent. The script was AWFUL. The only thing any of these
characters ever spent any amount of time discussing with one another
was the economic crisis and the presidential elections and that's it,
quite literally. If I wanted to listen to more financial rhetoric I
would have turned on the news. What about exploring the effects the sex
trade has on personal relationships? Or the people involved? Look
elsewhere if you're interested in the humanity of these individuals
because none is displayed here… And sexy? Please. There is no
sensuality to this film and barely even sexuality, which is surprising
considering how the entire premise of the film is built around sex.
There is no sex and only one or two nude scenes that I can recall,
which has become pretty standard for practically any independent film
these days.

I had to quite literally force myself to watch this garbage. Save your
time and money and skip over this dud.