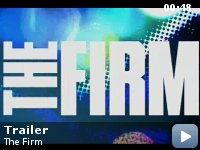 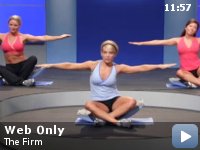 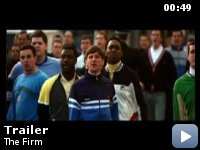 Football hooligans organize themselves into firms that represent their favorite team.

Storyline
Set in the 1980s, Dom is a teenager who finds himself drawn into the charismatic world of football 'casuals,influenced by the firm's top boy, Bex. Accepted by the gang for his fast mouth and sense of humor, Dom soon becomes one the boys. But as Bex and his gang clash with rival firms across the country and the violence spirals out of control, Dom realizes he wants out – until he learns it's not that easy to simply walk away.

Continuity:
Dom is shown working on a building site where he is working with his father and Bex arrives dressed in a suit. Dom is seen passing wood materials through a open window to his father as they all talk. When Bex leaves, Dom's father is seen passing the same stacked wood back across to him which we seen him already stack.

Not a football hooligan movie, or a patch on the original. Still its not too bad…


If you have seen the original version of this, then the chances are you
will really want to see this. I have seen the original, so when i saw
this first advertised, i almost wet myself with anticipation. Sadly, i
have to report that I'm quite disappointed. Paul Anderson does a pretty
good job as Bex Bissle, however the performance can only be described
as lacklustre when compared to the tower of menace and intensity that
Gary Oldmans original incarnation produced.

This film does however contain Elise tracksuits, Adidas trainers, some
bad haircuts and a decent soundtrack. Oh and there is a lot of
profanities if you like that sort of thing in a movie. thinking about
it this movie doesn't have a great deal else. There isn't much talk
about the beautiful game or the teams the firms themselves support,
there isn't much in the way of beatings, and if I'm honest, not a great
deal of violence. Im actually very surprised that this merits an 18
certificate.

However, the film is well acted, does feel quite indie and very
British, though the trailer for that new Michael Caine movie was most
likely the most excited i got in the whole 2 hours.

Yes see this movie if your interested in the subject matter, but if you
haven't seen the original and want to watch a proper football hooligan
movie, check that out instead.