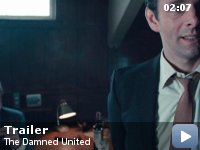 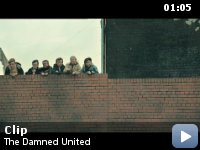 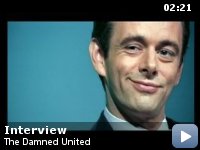 A look at Brian Clough's 44-day reign as the coach of Leeds United.

Storyline
Taking over England's top football club Leeds United, previously successful manager Brian Clough's abrasive approach and his clear dislike of the players' dirty style of play make it certain there is going to be friction. Glimpses of his earlier career help explain both his hostility to previous manager Don Revie and how much he is missing right-hand man Peter Taylor who has loyally stayed with Brighton & Hove Albion.

The scenes in the film set at the Derby County training ground were actually filmed in Leeds at a football pitch ironically overlooking the Leeds United stadium.

Factual errors:
It is implied in the film that Brian Clough never managed Brighton & Hove Albion, but he did manage the club alongside Peter Taylor for most of the 1973-4 season. The team finished 19th this season.

Brian Clough:
We're from the north, Pete. What do we care about Brighton? Bloody southerners. Look where we are! We're almost in France!


Football has been poorly served by the cinema to date. "The Damned
United" goes a long way to rectifying that. A bravura performance from
Martin Sheen as Brian Clough and a faithful, intelligent screenplay by
Peter Morgan combine with a well chosen storyline to deliver a
convincing tale. Crucially, this is not a film about football, it uses
football as a framework for ambition, greed, success, failure,
friendship and love.


The traditional traps surrounding a football film are avoided. "Live"
action is limited, and team sequences brief. Consequently the
characters are given a chance to breathe and develop , not just
Clough's, but those of Peter Taylor, marvellously captured by Timothy
Spall, and others . Chairmen Manny Cousins and Sam Longson enjoy
rewarding cameo parts and the footballers themselves are picked as
actors rather than surrogate footballers.

Critics may carp about the odd anachronism and unconvincing physical
shape of the Leeds United team in particular but it is the ego of Brian
Clough which bestrides this story. The 90 minutes barely does justice
to his 45 days at Leeds as his career up to the appointment is
interwoven into the main tale. Although faction is a dangerous device,
for me it does justice to both the lovingly recreated era and the
characters. Cloughs family have apparently repudiated this work, which
is a shame. It is broadly favourable with the wrinkles as foibles
rather than damnable weaknesses.

The film closes with a re-creation of the YTV interview with Clough and
Revie sitting side by side immediately following Clough's dismissal.
The atmosphere is electric, Clough is surprisingly conciliatory whilst
Revie delivers an, "I told you so", tour de force. Echoes of the
Sheen/Morgan collaboration Frost / Nixon abound as does the repeated
device of the late night telephone call from the arch protagonists,
this time Clough to Revie, last time Nixon to Frost. The final
reconciliation between Clough and Taylor is as brave a depiction of a
male platonic relationship as has been screened for a very long time.

A triumph for all concerned.

TagsEngland UK
While She Was Out
Shinjuku Incident