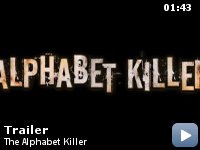 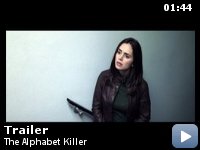 Based on the true story of the double initial killings in Rochester, NY.

Storyline
In Rochester, a pre-teen girl is abducted, raped, and murdered. Detective Megan Paige investigates: she works long hours obsessively, and soon she's seeing visions of the dead girl. The FBI profiles the killer as a spontaneous drifter, lucky not to get caught; Megan thinks he's local and a methodical planner. She notes that the victim's first and last names and the place the body was left start with "C." When a second murder follows the same pattern, Megan is vindicated, but her obsessions get the best of her, and her mental state impedes her work. With the help of medication, therapy, and a friend, can she regain her equilibrium and catch the alphabet killer?

Taglines:
Based on a true story.

While filming portions of the movie in Spencerport, New York, a box truck from the production company pulled down two electrical poles with transformers attached to them. Subsequently, a car was set on fire but was not able to be put out with water until the electricity was turned off. 11 residents were displaced from their homes and offered hotel accommodation by the production company.

Errors in geography:
After speaking with the Webster Police Department the officers are going to their car in a parking garage. There is no parking garage in the village of Webster.

Megan Paige:
Mostly the job is to ask questions. The frustrating part, the part that drives you crazy, is that the people you really want to talk to are dead.

Some good effort but not much of a story.


Eliza Dushku is the one who delivers in this fairly predictable serial
killer story, reminiscent of such films as "Gothika" and "Jennifer
Eight". There are also a lot of serial killer movie alumni populating
the lesser roles of this film, like Bill Moseley, Timothy Hutton, Tom
Noonan and Cary Elwes. They don't really matter though, because it's
all about Dushku's character Megan Paige and her late onset
schizophrenia which makes it very difficult for her to crack the case
of the Alphabet killer, as well as keep the confidence of her fellow
police officers.

Movies that focus on characters with mental disorders are often
interesting and unpredictable, like Polanski's "Repulsion" or Fincher's
"Fight Club" because they makes the audience question what's reality in
the movie and what's just playing out inside the mind of the main
character. Unfortunately this isn't one of those movies. Instead of
trying to make the audience share in Megan's delusions, they are
clearly separated and labeled to avoid any confusion, or excitement for
that matter. Instead we are made to watch her from the outside and see
her struggling to connect with her colleagues and convince them that
she's completely sane despite her textbook "crazy person" behavior.
Like I said, Dushku delivers a solid performance as a distraught,
emotionally unstable and sometimes delusional police woman. It's just
hard to get invested in her character because of the boring predictable
story she slowly fights her way through.

There is not a single supporting character that comes off as more than
some kind of one-dimensional stereotype. There's the honest cop, the
crooked cop, the former lover, the one true friend, the calm doctor,
the obvious suspect, the creepy priest and eventually, for a brief time
at the end, the killer… non of them with any significant character
development or depth. This movie isn't painful to watch and it's not
poorly made, it just suffers from lack of imagination on the directors
part and some sloppy writing. See it, don't see it… doesn't really
matter.