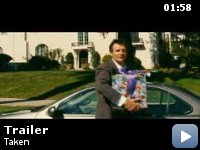 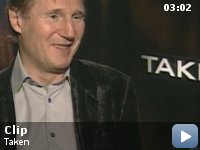 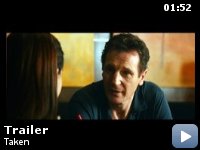 A retired CIA agent travels across Europe and relies on his old skills to save his estranged daughter, who was kidnapped on a trip to Paris to be sold into prostitution.

Storyline
Seventeen year-old Kim is the pride and joy of her father Bryan Mills. Bryan is a retired agent who left the Central Intelligence Agency to be near Kim in California. Kim lives with her mother Lenore and her wealthy stepfather Stuart. Kim manages to convince her reluctant father to allow her to travel to Paris with her friend Amanda. When the girls arrive in Paris they share a cab with a stranger named Peter, and Amanda lets it slip that they are alone in Paris. Using this information an Albanian gang of human traffickers kidnaps the girls. Kim barely has time to call her father and give him information. Her father gets to speak briefly to one of the kidnappers and he promises to kill the kidnappers if they do not let his daughter go free. The kidnapper wishes him "good luck," so Bryan Mills travels to Paris to search for his daughter and her friend.

Taglines:
Time is Running Out

Singh:
Mr. Mills, how are you?

Singh:
Very fine. I suppose you want to see it again?

Bryan:
You should know why I'm here.

Singh:
You know where it is.

Neeson is the vodka of James Bond's martini


The most thrilling movie I've seen in a long time. Neeson is what we
would fear if James Bond went to hell and came back for revenge (I
doubt big budget Quantum of Solace will top this). I loved Jason
Bourne; but where Bourne is confused for half the movie, Neeson is
looking down a barrel of a pistol 3/4 of the time. In a three way spy
battle, I would put Neeson edging out Bourne, who would be a step ahead
of Bond.

Between the jaw-dropping action sequences was the subject matter of
international trafficking, which was pretty miserable to watch.
Although homicide is wrong, death was never more satisfying to watch.