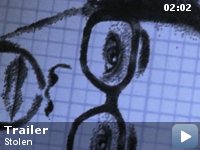 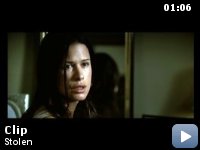 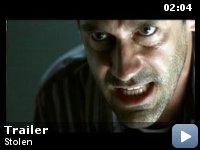 A detective deals with the loss of his own son while trying to uncover the identity of a boy whose mummified remains are found in a box buried for fifty years.

Storyline
A detective deals with the loss of his own son while trying to uncover the identity of a boy whose mummified remains are found in a box buried for fifty years.

Taglines:
Secrets from the past don't stay buried.

In the 1958 part of the story, Matthew refers to the car he drives as "the Rambler." In fact, the car is a 1958 model, which was a new body style, and the first Rambler model designed and built by American Motors Corporation as the Rambler Ambassador. All previous models to 1958 where Nash Ramblers (1950-1957) or Hudson Ramblers (1954-1957), which were the constituent companies merged in 1954 to form American Motors Corporation.

Anachronisms:
When Matt goes to the diner later in the movie, Sally Ann is putting coffee pots on the warming plates. The coffee pots are the modern kind with brown top for regular, and an orange top for decaf. In 1958, most coffee pots would have been metal. And decaf if available was served in little orange packets called SANKA.


My wife and I found this on our pay per view channel, and from the
synopsis, thought it looked worth watching. We were not disappointed.
This is a very good film, in the genre of "Chinatown" and "Changeling".
The story (without spoilers), is briefly as follows:


A police detective (John Hamm) has lost his only son eight years
earlier, when he went to the restroom in a diner. The usual guilt and
strain on his marriage ensues, as he tries to go through life with this
unsolved mystery haunting him.

He is drawn into a case of another missing child, and becomes obsessed
with that search, to try to find some vindication for what has happened
to him. Throughout this exploration, the story is told in two stories,
of him and the father of the other missing child, creating parallels,
and differences in the two cases.

Eventually the dots connect and lead to a very dramatic ending.
although it's a little too neatly tied up.

This is a very entertaining movie, which grabs your interest from the
start, engages you with the duplicate stories throughout, and provides
some twists and turns at the end, for added effect.

I really enjoyed it and am surprised that it wasn't released
theatrically, as I think it is much better than the current "Ghost
Writer", for example. It's a good mystery tale, and very worth
watching!