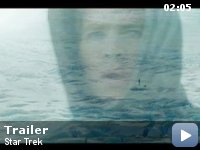 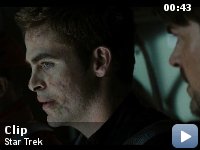 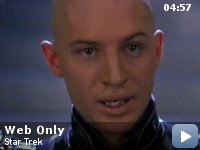 A chronicle of the early days of James T. Kirk and his fellow USS Enterprise crew members.

Storyline
On the day of James Kirk's birth, his father dies on his ship in a last stand against a mysterious alien time-traveling vessel looking for Ambassador Spock, who, in this time, is also a child on Vulcan disdained by his neighbors for his half-human heritage. Twenty-five years later, Kirk has grown into a young troublemaker. Challenged by Captain Christopher Pike to realize his potential in Starfleet, he comes to annoy instructors like young Commander Spock. Suddenly, there is an emergency at Vulcan and the newly commissioned USS Enterprise is crewed with promising cadets like Nyota Uhura, Hikaru Sulu, Pavel Chekov and even Kirk himself, thanks to Leonard McCoy's medical trickery. Together, this crew will have an adventure in the final frontier where the old legend is altered forever as a new version of it begins.

As of 2009, this is the highest grossing film based on a live-action TV series.

Revealing mistakes:
When Kirk and Spock beam aboard the Romulan vessel Spock leans down to perform a mind meld on one of the fallen Romulans. You can clearly see Spock's right hand with a deep scratch revealing RED blood as opposed to green.

Kelvin Crew Member:
Starfleet Base, we've sent you a transmission. Did you receive?

Starfleet Base:
Kelvin, have you double-checked those readings?

Kelvin Crew Member:
Our gravitational sensors are going crazy here. You should see this. It looks like a lightning storm.

Starfleet Base:
What you've sent us doesn't seem possible.

Kelvin Crew Member:
Yes ma'am. I understand. That's why we sent it.


Star Trek. When someone speaks this name, various images, ideas,
characters and phrases come to mind. I know they certainly do with me.
Characters such as Kirk, Spock, Picard, Data, Janeway, Seven of Nine;
ideas like the prime directive; phrases like "Live long and Prosper",
"Good God Jim, I'm a doctor not a….". I wouldn't consider myself a
"Trekkie", but I do have a deep affection for this series and world.

To my great delight, I was fortunate enough to see an advanced
screening last night of JJ Abrams re-imaging of "Star Trek". I must
admit that I was skeptical at first about taking such iconic characters
and recasting them, even in younger iterations, because most people
think of the characters of Kirk, Spock, Bones, Scotty, Uhura, Sulu and
Chekov with the actors that originally portrayed them. These portrayals
are engrained in the pop culture consciousness of the world and hence
my skepticism arose. Fortunately, my doubts were unnecessary.

This is not your father's "Star Trek". From the moment the movie
begins, so does the action and it never lets up. However, this movie
has more than just incredible and intense action, it also pays homage
to the series of old. Sure, they wanted to bring us a Trek for the 21st
century, but they also realized that they needed to respect the source
material and fans of a series that has been around more than 40 years.
However, you don't need to know much about Star Trek to enjoy this
movie. Each character has been given a background and history that lets
you know a little something about each one. There's a lot to be told in
an origin movie and it is handled deftly by both the writers and the
director.

But, what really made the movies for me were the actors chosen to play
these roles, especially Chris Pine as Kirk, Zachary Quinto as Spock and
Karl Urban as Dr. McCoy, aka "Bones". This movie would not have worked
if the casting of these three characters had not been spot on. Both Mr.
Quinto and Urban uncannily channel their predecessors, Leonard Nimoy
and DeForest Kelley. They took on some of their inflections, mannerisms
and expressions to really give you a sense that they are just younger
versions of the originals. Chris Pine, however, takes on the most
memorable role in Trek history and makes it his own. This Kirk is not
only the womanizer, lover, and captain that you already know, but as
portrayed by Mr. Pine also has a swagger, bravado, intelligence, and is
a complete adrenaline junkie. We could not have asked for a better Kirk
in this movie.

They have laid a solid foundation for a new series, with new life,
perfect cast and a director with a true vision. If the first movie can
be this good, my expectations for further adventures have risen
exponentially.

This is my first review for our website and as such might not be very
good since I have no experience at writing reviews. I intentionally
didn't reveal any plot points so as to not spoil anything for whoever
may read this. I may in the future reveal areas that may have spoilers
but mark these sections so you can skip over them. I'll be seeing
Wolverine tomorrow and hope to have a review up by tomorrow night.
Until we meet again, "Live long and Prosper!"