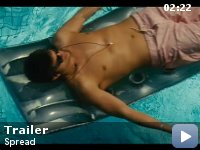 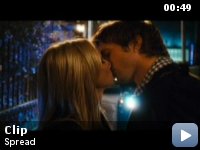 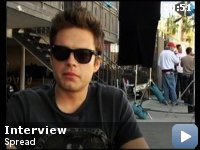 A sex comedy centered on a serial womanizer and his jilted lover.

Storyline
In Los Angeles, Nikki is homeless, car-less and closing in on 30, but he's amoral, good-looking, and adept in the sack, moving from one wealthy woman of 35 or 40 to another, a kept boy-toy. His newest gig, with Samantha, an attorney whose house overlooks L.A., is sweet, although it's unclear how long she'll put up with him. Then Nikki meets Heather, a waitress. Is the player being played, or might this be love? What will Nikki discover?

Taglines:
It's a business doing pleasure.

Ashton Kutcher prepared for his role by speaking with Warren Beatty who played a similar character in
Shampoo. He also read Neil Strauss's non-fiction book "The Game", which is about pickup artists.

Nikki:
My whole life it was obvious I was going to end up in this city. I don't want to be arrogant here, but I'm an incredibly attractive man. I can't help it, I don't try to be, I just am. When I was a kid my mother's best friend used to tell me that I was gonna be a little heart breaker. Turns out she was right. Her husband came home from work one day and found us fuckin' on the Stairmaster. Los Angeles, California – that's where all the beautiful little heart breakers go to live the dream. 30,000 of them arrive here every single month. 30,000 prom kings and queens, and Little Miss Cute Tits every one of them with stars in their eyes and a dream in their heart. When I first came out here, I had a dream – a dream of an easy life. I was gonna get rich from lyin' around having my picture taken. I was gonna live in the hills and drive a noisy yellow sports car and f*ck 6' girls who weighed 89 lbs. Guess what? Most of it came true.


Spread is an unusual little film. I say 'little', as it's essentially a
low budget character-driven drama that is some how being commercially
packaged as a rom-com. A quick glance at the credits reveals that this
isn't your average Kutcher vehicle: it's directed by Scotland's David
Mackenzie of "Young Adam" and "Hallam Foe" fame.


Make no mistake, the Kutcher we see at the start of the film is very
familiar: arrogant, uptight and utterly beautiful. But as the run-time
flies past, we somehow warm to his character even though he's getting
more sex than most of us will get in a lifetime. And here's the good
news: Kutcher's performance is fairly astounding. He manages to reveal
the humanity in his deeply flawed character with notable subtlety and a
distinct lack of cliché. Kutcher's (many) sexual relationships
portrayed in the film are brutally realistic: the modern and perhaps
unromantic realities of casual sex are not dressed-up in any cheap
Hollywood moralising. This is also evident in the overall tone of the
film: there are many moments that could have descended into schmaltz,
but a sharp edge it maintained on just about every line of dialogue.

Kutcher fans: beware. This is a real departure for the actor, but thank
goodness: it's a movie with all the superficial gloss of Hollywood and
all the invention of an indie flick.