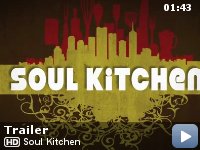 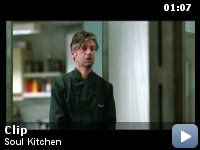 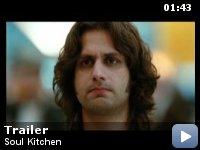 In Hamburg, German-Greek chef Zinos unknowingly disturbs the peace in his locals-only restaurant by hiring a more talented chef.

Storyline
In Hamburg, German-Greek chef Zinos unknowingly disturbs the peace in his locals-only restaurant by hiring a more talented chef.

Taglines:
"Leben ist, was passiert, waehrend du dabei bist, andere Plaene zu machen" (Life is what happens to you while you are busy making other plans.)


Director Faith Akin is often called one of the most important
contemporary German directors to have emerged in recent years. Soul
Kitchen is Akin' highly anticipated first attempt at a genuine comedy.
So far Akin has been has been more involved in the fields of drama and
romance. In a recent interview he revealed he was curious to explore a
more varied range of film genres which sounds like an interesting plan.
In venice this year, the film was celebrated by the audiences and
scored the special jury price.

The story revolves around a restaurant/club called Soul Kitchen and the
troublesome life of its respectful owner Zinos. He has to overcome many
struggles involving his girlfriend, his brother and the authorities.
The film is set in the heart of the diverse northern German city of
Hamburg, the home turf of the two scribes Faith Akin and Adam
Bousdoukos.

The makers of the film call it a new take on the idea of the
"Heimatfilm" – a rather preconceived loose genre which basically
defines a film to have been made in the makers home country and dealing
with issues relating to home and identity.

Akin described how he studied classical sketches by Charlie Chaplin and
also looked at his method of working. A simple "joke" that comes off
easy and natural on screen had been reworked over and over. For some of
the scenes Akin admittedly said he had to shoot 30 takes before it felt
right. This made him doubt his own abilities but in the end let him
grow as a filmmaker and as an individual.

The result is a stellar solid performance by the entire cast. Many
jokes and payoffs will unfortunately and without a doubt get lost in
translation but still the timing and heartblood of the actors will
still capture anyone's attention.

Akin makes use of a couple of his "regulars": Adam Bousdoukos, Moritz
Bleibtreu and the great Birol Ünel but also introduces fresh unknown
blood with the two female leads Lucia Faust and Nadine Krüger.

Having just seen another film recently I noticed myself how well this
film is balanced out in comparison. There is a rhythm, a beat or a
harmony. The soundtrack and editing allow the plot to flow organically
and let the narrative play out smoothly. Interestingly Akin once
mentioned that since "Gegen die Wand" (Head On, 2004) he is inspired by
the songs used in his films in a visual way and sets out a soundtrack
before the filming is finished.

The film marks Akin's first shot at wider levels of improvisation.
Normally, he said in an interview with a German radio station, he has
the script all planned out in detail; all the actors know what their
dialogues are and maybe one or two things get changed, with feedback
from the people on set but this time a lot of things were left undone
on purpose to grow naturally out of the situations.

What I personally enjoyed a lot about Soul Kitchen is the way in which
the film addresses its urban environment. Akin took a chance to shoot
in a wide range of locations, many of which such the club "Mojo" have
since closed down. It attempts to capture the spirit of the city at a
point in time and successfully tells an emotional, personal story.

Recommended to anyone with a passion for fresh, clever and funny
stories of life and the city.