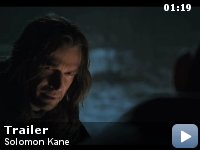 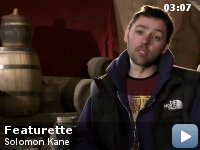 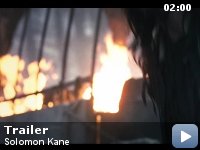 A mercenary who owes his soul to the devil redeems himself by fighting evil.

Storyline
Once a mercenary of Queen Elizabeth I fighting Spaniards in Africa, Solomon met the Devil's Reaper and discovered he was bound for hell. Barely escaping, he soon renounced violence to atone for his past sins, seeking out redemption in a life of peace. That is until the followers of sorcerer Malachi kidnap a Puritan girl, Meredith Crowthorn, and brutally slaughter her family before his very eyes, forcing Solomon to take up arms and return to his violent ways once more to rescue her.

In 2001 it was announced that Christopher Lambert was offered the role of Kane and was seriously "considering it as it's a very compelling part.

Continuity:
In the scene where Solomon meet the thieves from the woods again, there is an statue of an angel kneeling with the sword on its left shoulder in the background. The next scene when Solomon is leaning against that statue, the sword is on the right shoulder.

Solomon Kane:
There are many paths to redemption, not all of them peaceful.

If Peter Jackson deemed it a good idea to remake Michael Reeves classic
WITCHFINDER GENERAL, the result might look an awful lot like SOLOMON
KANE. Based on Robert E Howard's 17th Century Puritan pulp fiction
character, SOLOMON KANE begins in media res, with Solomon and his
ill-fated ship crew coming face-to-face with the grim reaper. This
particular reaper, unfortunately, is in the employ of Satan himself and
damns Kane's soul for a life of wickedness, greed and throwing knives
into peoples faces in a really cool way. A year later Kane, now living
in an English monastery, is kicked out when the head monk senses our
hero will only bring trouble for the 16th Century peaceniks. On the
road Kane hooks up with Pete Postlethwaite and his brood, a family of
puritans headed for the coast and a persecutionless life in the New
Worlde. Needless to say, the family have 'victims' written all over
them in huge, medieval script, and things don't go well. Thematically,
the story borrows elements from the Howard story RED SHADOWS, but it's
really its own beast. Which is a shame, in a way, because the author
knew how to weave a damn good tale and SOLOMON KANE's script is
certainly the weakest thing about it. We're never really sure why
Kane's soul is damned, or how that's connected with the evil magician
who has taken over his father's (Max Von Sydow) castle. Oh yes, Kane is
also a member of the aristocracy, banished from the land by his dad in
true Joseph Campbell fashion. Director Michael J Bassett also seems
just a little TOO fond of a certain fantasy trilogy. A horseback chase
sequence, while exciting, was even more impressive first time around in
FELLOWSHIP OF THE RING, while the final assault on Kane's ancestral
castle involves a battle in torrential rain, part Helm's Deep, part
SEVEN SAMURAI. Most egregious of all is the final showdown between
Solomon Kane and, really this is giving nothing away, Old Nick himself.
Considering how creative much of the makeup and design work is in the
film, and it really is quite striking, it comes as something of a shock
to see a certain fire demon turn up for the finale. "You shall not
pass!" indeed. And yet….there's so much to like about SOLOMON KANE.
As mentioned above, the design work is outstanding. This is a grimy,
gritty middle ages that has rarely been seen outside the early work of
Terry's Jones and Gilliam. The snowy, grey landscapes of England's West
Country (actually Prague, for the most part) are frequently
breathtaking. The action scenes are satisfyingly low tech, with
seemingly little CGI but plenty of decapitations and arterial sprays.
It's a shame they weren't put in the service of a better story, but
when the action scenes kick in you're unlikely to be overly concerned.
The films biggest asset, however,is its lead actor. It's a little
disconcerting watching James Purefoy in this role when you know that he
left the production of V FOR VENDETTA having already filmed some scenes
as the eponymous character. In some of the many shots where he's
silhouetted against the ubiquitous grey and rain-streaked Somerset sky,
all flowing cape and stovepipe hat, he's uncannily similar to Alan
Moore's anarchist anti-hero. He also shares a similar penchant for
dispatching England's enemies with the throw of dagger to the neck.
Purefoy plays Kane as if he's in a state of persistent physical agony,
which is quite fitting. He's really rather magnificent in the role and
brings Hugh Jackman levels of charisma to the part. No small feat
considering Kane is the sort of chap who makes Matthew Hopkins look
like a member of the ACLU. Purefoy's Solomon Kane may also be the first
swashbuckling, sword wielding hero with a British West Country accent
since Nigel Terry's King Arthur in Excalibur. Purefoy is the main
reason that, at the end of the film, with the suggestion of more
adventures to come, you hope SOLOMON KANE will do decent enough box
office to warrant a franchise. This first outing is far from perfect,
but there's considerable potential and the distinct promise of better
to come.