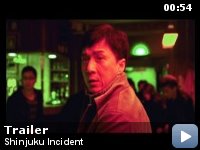 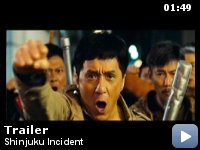 In China, the poor worker Tietou repairs tractors and misses his sweetheart Xiu Xiu, back in Japan, she having never sent any news to her family or him…

Storyline
In China, the poor worker Tietou repairs tractors and misses his sweetheart Xiu Xiu, back in Japan, she having never sent any news to her family or him. While illegally emigrating to Japan, Tietou loses his Chinese documents and so cannot return to his country. He is welcomed by his countrymen who lodge and work in Shinjuku where they also help him to find illegal work. While running from a police raid through the sewage system where Chinese are illegally working, Tietou saves Inspector Kitano from drowning in the dirty water. Later, after an incident with his cousin, Joe, and a Taiwan gang, Tietou saves the powerful Yakuza boss Toshinari Eguchi. He is the husband of Xiu Xiu, who is now called Yuko and are parents of a little daughter. The mobster offers a dirty job to Tietou; in retribution, he promises to deliver the quarter dominated by the Taiwan gang to him. Tietou becomes the boss of the Chinese illegal immigrants…

Taglines:
They destroyed his life… Now he'll destroy them all.

Factual errors:
Jackie Chan's character's name, Tie Tou, is translated as "Steelhead", but the literal translation should be iron head.


Jackie Chan has been known to audiences worldwide for his spectacular,
comedic and stunt-filled martial arts. Well, now in this movie, Chan
gets to show off acting chops as well, with a few kicks and punches
thrown in as well.


The setting and story are surprisingly solid and well done. The movie
paces along in a brisk pace (courtesy of director Derek Yee), and is
gripping throughout. The cinematography is beautiful at times and
gritty at others, showing Tokyo as a whole. And it's fun to see
Japanese and Chinese spoken a lot in this film, really pulls you into
the film further.

While the level of violence is the highest than any other Jackie Chan
movie (there is graphic brutal violence in some action scenes), the
total amount of violence is surprisingly little, with the majority of
the film dealing with the characters' trials and tribulations. There
are some fight sequences, but don't expect Chan to do his usual thing;
at times he's down to earth and makes us genuinely feel for his
character, at times he is directly brutal. This film is NOT for the
easily disturbed.

The acting is above average. Chan delivers a standout performance, an
illegal worker who tries to protect his kinsman by gaining respect by
and protecting themselves from the Yakuza. Another great performance
comes by Daniel Wu, a fellow immigrant who gets his innocence lost…
the hard way. The two love interests and the detective also get props
too.

For those of you expecting another Chan romp ala Rush Hour and
Supercop, you may find yourself refreshed at Chan's sudden change of
pace. For those who like crime dramas such as City of God, give this
one a shot. This is definitely one of Chan's highest marks, and I hope
to see more of the new, dramatic Chan in the future.