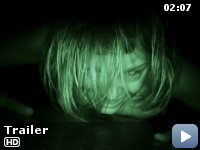 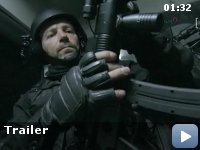 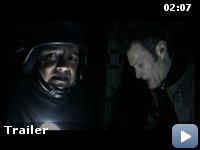 The action continues from
[Rec], with the medical officer and a SWAT team outfitted with video cameras are sent into the sealed off apartment to control the situation.

Storyline
The medical Dr. Owen leads a three-men SWAT team inside the sealed off building to get blood sample from the girl Medeiros to develop an antidote. They are attacked by the zombie-like creatures and Dr. Owen locks a zombie inside a room using a crucifix. He discloses that the patient zero was possessed by the evil and the Vatican sent him to save mankind. Further, they will only leave the building under his voice command. Meanwhile, three teenagers follow a fireman and a man that breaks into the building through the sewage system to rescue his colleague and daughter respectively and they are trapped inside. They are lured and release the evil creature that was locked by Dr. Owen in a room. Out of the blue, the lead team meets the journalist Ângela Vidal hidden inside the building.

The Colombian woman from
[Rec] wears a different colored T-shirt. In the first film, it was a beige type color but it was switched to a white one for the sequel as they wanted to drench it in blood which didn't show up as well on a colored T-shirt.

Revealing mistakes:
The teenagers video camera imprints the battery level indicator on the recording. Video cameras do not record the battery level with the video, they just display it through the viewfinder for the person operating the camera to see.

They did it again!


First of all someone wrote : "Worst movie ever?" I'm wondering if he
really watched this movie. Anyway REC2 really did it for me,I was so
looking forward to seeing this sequel and after reading some IMDb
reviews I was thinking…boy I hope this wont be major let down.


And it wasn't! From the first minute to the last it was a thrill ride.I
saw some excellent camera work, some really impressive effects and some
top acting.

After i watched the first one,i was asking myself :"How did it start?
What really happened?" Well in REC2 you get all the answers.