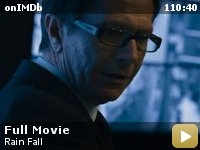 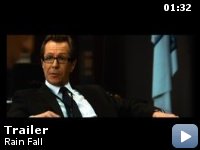 A hit man looks to protect the daughter of one of his victims against CIA assassins.

Storyline
In Tokyo, a minister of public works is rumored to be taking evidence of corruption to a reporter: the CIA, the yakuza, and others want to grab the information and use it to squeeze the government. On the subway trip to meet the reporter, the official is murdered, but it looks like a heart attack. However, no one, including the murderer, can find the flash drive with the evidence. Now the CIA, gangsters, and the city police are searching. The dead official's daughters are in danger: the shadowy John Rain, ex-special forces and perhaps now in league with North Korea, tries to stay one step ahead as he looks for the flash drive and protects one of the daughters.


If you're a fan of the Barry Eisler Rain novels, do yourself a favor
and don't watch this. This movie is everything the novels are not:
boring, full of plot holes, seriously lame fight scenes and a story
line that makes little or no sense.

The movie feels patched together, like the director filmed a bunch of
scenes and then tried to make them fit. They don't. The acting is fine,
all of the cast give their best, but there just isn't much to work
with.

The fight scenes are all super-quick-cut editing stuff, so you can't
see what is actually going on. That is probably because our martial
artist protagonist isn't a martial artist. I've seen better fights on
the elementary school playground.

The plot is full of holes; not just little holes, but big, gaping holes
that require you to do more than just suspend your disbelief. You would
have to get a quick lobotomy before watching this if you don't want to
be constantly aggravated by the plot holes. Characters will say
something in one scene and then say the opposite in the next scene.

The editing seems to have been done by a spastic drug addict with ADHD:
the cuts between scenes are missing any semblance of art or craft.
There are a few times where the director blurs part of the picture or
tries some other type of artistic effect that just doesn't work. In
short, the direction and editing are just plain awful.

By the time you get to the cliché ending you will be bored and thinking
about maybe clipping your toenails or something equally exciting. They
managed to take an exciting novel about a hit man with issues and turn
it into a boring movie. Buy one of the books instead of watching this.