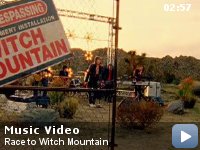 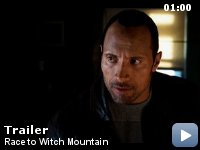 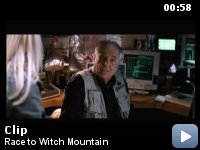 A Las Vegas cabbie enlists the help of a UFO expert to protect two siblings with paranormal powers from the clutches of an organization that wants to use the kids for their nefarious plans.

Storyline
In Las Vegas, the regenerated ex-con Jack Bruno works as taxi driver. During an UFO Convention at Planet Hollywood, the skeptical Jack picks up Dr. Alex Friedman, who will present a scientific lecture in the event. Then he is pressed by two henchmen of his former boss, the criminal Wolff, that wants to talk to him, but Jack does not want to return to the crime life. Jack fights and gets rid of them; out of the blue, he finds two teenagers on the backseat of his cab. They tell that they are siblings, Sara and Seth, and they need to travel to a location outside Las Vegas in the middle of nowhere. Meanwhile the government finds a spacecraft that crashed nearby Las Vegas and is chasing the two aliens; after the investigation of the men of Major Henry Burke, they discover that the two siblings are the aliens. Jack Bruno, Sara and Seth are chased by Henry Burke's team and by the "Syphon"…

Taglines:
The Race Is On

Meredith Salenger plays Natalie Gann in this movie. She also played the lead in
The Journey of Natty Gann when she was a child.

Incorrectly regarded as goofs:
When "Jack Bruno"' is driving his taxi to the small country town, at least the two right side wheels are seriously out of alignment and both the front and rear bumpers are damaged. When they leave the town the Taxi wheel alinement's is perfect. Considering the garage mechanic only had one hour to do the repairs and it is very highly unlikely he would have color-coded bumpers for an out-of-town taxi, he would not have had enough time to complete the repairs as listed by Jack Bruno let alone the other repairs as seen as they leave town. However, there is nothing that suggests the mechanic didn't re-align the wheels first thing. It could have been that he started with the most obvious first and then moved to under the hood.

Sara:
How could it be that a human who is so large in form felt so small inside?
[puts her hand on Jack's]


If aliens exist, and if they have access to the films made from Earth,
they would likely make a mental note to remind themselves that should
they visit our planet on terms other than a hostile takeover or
annihilation, to avoid landing in the USA at all costs. Hollywood has
enough dough to continuously churn out effects laden science-fiction
movies, and most of them are big budgeted action fests like
Independence Day and Men In Black, which don't exactly paint a good
picture of the extra-terrestrials. Aliens who have more benign intent,
would be frightened by how trigger happy and violence prone the US is
toward illegal aliens, even if popular culture meant the landing zone
for extra terrestrials is the USA and not other larger countries.

Race to Witch Mountain being Disney fare means the toning down of
practically everything to ensure that it is safe for the entire family
to experience together. Dwayne Johnson seems right at home in family
friendly flicks like The Game Plan (also directed by Andy Fickman), and
I guess his action days on screen will be few and far between,
especially when he gets to flaunt his dramatic and comedic flair. Woe
is the fan boy like me who have grown up with The Rock, but there's no
more people's eyebrow, and we should start to get used to seeing our
idol in a different light on celluloid.

Johnson plays a Las Vegas cab driver Jack Bruno who has a colourful
past that he tries to bury, in order to earn an honest living to buy
his dream Mustang featured in the Steve McQueen movie Bullit. In a
confluence of the stars he picks up a scientist who specializes in
extra terrestrials, before chancing onto two of them when they boarded
his cab without his knowledge. The brother and ssister aliens – Sara
(AnnaSophia Robb) and Seth (Alenxander Ludwig) – are here on a noble
mission, and are in hot pursuit by the shady government agents led by
Henry Burke (Ciaran Hinds) as well as something like a Terminator from
many light years away.

This naturally gives rise to your standard set action sequences where
we get to see the alien twins exercise their rather innocent demeanour
("they're only kids!") to their advantage, behind which hides the
immense powers they possess such as Telepathy and Density manipulation,
which I thought was a very cool power to have. Imagine being able to
pass through walls, yet having tremendous strength in the form of a
road block, literally. AnnaSophia Robb whom I felt did a fantastic job
in The Bridge to Terabithia, stars as the female child, and because of
her character's ability, she brings forth a more trusting, and
empathetic character, in direct contrast to the other alien Seth (The
Seeker from The Dark is Rising is all grown up now), who's more direct,
commanding, aloof and untrusting of humans in general, no doubt their
initial experience was in having their space ship confiscated to Witch
Mountain, and being chased for the conduct of experiments.

Carla Gugino, last seen as the aged Silk Spectre in Watchmen, got
active only in the last third of the show, which was somewhat of a pity
because she shared great chemistry with the rest of the cast, and got
involved quite late into the thick of things. But of course if there's
any consolation, like how the bits during the end credits would
suggest, and depending on the box office results, there might be room
for more in a sequel, if it comes.

There are references galore in the film given that there's a
science-fiction convention event featured in the movie, and you can't
help but also think about the potential for theme park rides with the
yellow cab being pursued and pretty banged up. In fact I was wondering
each time the cab got put through an action sequence, that it would
make for a great 4D ride in Disneyland. You can't help it because it
was quite in your face, with the sequences designed in that manner,
deliberately or otherwise.

Despite some glaring plot loopholes, Race to Witch Mountain has all the
ingredients for a great family outing. The story doesn't try to be more
intellectual than it can handle, and doesn't let the special effects
run wild and take over everything else. For being such a sentimental
fool, the ending also got some brownie points from me, as it's tough
not to shed a tear or two given the trials and tribulations from which
a solid bond is formed amongst all the characters. Recommended for a
family outing, but don't go expecting something out of this world (pun
not intended), as everything's pretty formula.