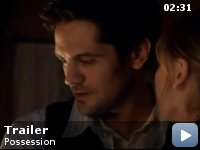 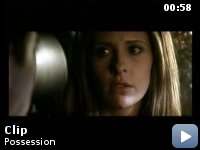 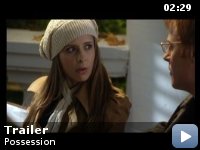 A woman's life is thrown into chaos after a freak car accident sends her husband and brother-in-law into comas. Thrills arrive after the brother-in-law wakes up, thinking he's his brother.

Storyline
Jess, a woman whose life turns surreal after an automobile accident leaves both her husband Ryan and her brother-in-law Roman in a coma. Things take an even darker turn when Roman wakes believing that he is Ryan. As Jess tries to deal with these increasingly disturbing events, she also struggles with the possibility that either the spirit of her husband has returned to her or that something very sinister is at work.

This film was completed in 2007 and was set for a Febuary 2008 wide release in theaters. But due to Yari Film Group (the film's distributor) filing a Chapter 11 protection (Bankruptcy Code), its release was pushed back close to a dozen times, and was then finally given a straight-to-DVD March 2010 release in the United States.

Jessica:
[Jessica wants Ryan's brother Roman out of her house]
When are we getting our house back?

Ryan:
Everybody is always giving Roman a raw deal. He's my brother, I'm not going to do that.

Jessica:
I know you don't see it, but he scares me.

The lawyer Jessica (Sarah Michelle Gellar) is married with her
affectionate husband Ryan (Michael Landes) and they lodge Ryan's
brother Roman (Lee Pace) in their home. Roman is a violent scum that
was defended by his sister-in-law and is presently on probation. When
Ryan and Roman have a weird car accident, they are hospitalized in coma
with no expectation to survive. However, Roman surprisingly awakes
believing that he is Ryan. Jess is forced to bring him home and along
the days, Roman has the same behavior and attitudes of Ryan. Further,
Roman recollects moments of confidence between Jess and her husband,
raising doubts if he is possessed by the soul of Ryan in the
emotionally feeble Jess.


"Possession" has an intriguing premise but a poor screenplay and
execution. The story of a man possessed by the spirit of his brother
could be an excellent horror, thriller, drama or even story of
repressed desire. Unfortunately despite of the lovely Sarah Michelle
Gellar, the plot is not well developed and has many flaws, like for
example the fate of Casey or what would happen with Jessica after
killing Roman. This movie is a remake of the Korean "Jungdok" that has
not been released in Brazil. My vote is six.