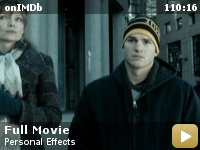 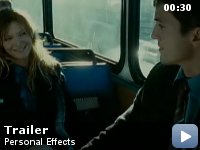 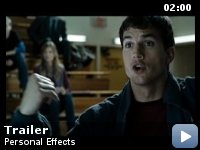 Walter, 24, is a wrestler, competing for a spot on the national team when he learns of his sister's brutal death…

Storyline
Walter, 24, is a wrestler, competing for a spot on the national team when he learns of his sister's brutal death. He comes home to help his mother; he works out, takes a dead-end job, and goes to the trial of the accused murderer. He becomes friends with Linda, her husband murdered; she's raising a teen son, Clay, who's deaf. Walter gets Clay into wrestling. He accompanies Linda to events at a center where she works. He sees her at the courthouse. They wait for verdicts. Walter's mother takes her daughter's things to a rummage sale. Clay has his father's pistol. How will grief express itself?

Taglines:
The space between loss and love.

In real life Ashton Kutcher was a biochemical engineering major at the University of Iowa. Ashton wears Iowa U sweats and hats in the movie.

Revealing mistakes:
Linda offers Walter a Marlboro Red cigarette outside the courthouse. He declines. She then pulls a cigarette out of the pack and lights it. The cigarette, and filter, are completely white. Marlboro regulars are white with a brown filter.

Clay:
I collect goldfish. I keep them in a small tank in my bedroom. Other kids my age like dogs – if they like animals at all. But for me, it's goldfish. I understand them, living under water in a little bowl, hearing nothing, just watching everything through glass.


PERSONAL EFFECTS is a solid little film written by director David
Hollander and the fine novelist Rick Moody. The premise is a study of
how the traumatic deaths of people affect those left behind. The story
is well told, allows the audience to explore the group therapy approach
offered to families of violently killed people – the various means of
responding to loss, the differing reactions from those who cannot let
go of the hate they have for losing a loved one, and introduces an
interesting concept of having one of the characters who narrates the
film be a deaf mute young man!

Gloria (Kathy Bates) is the mother of twins – the girl was been
brutalized and murdered and the boy Andrew (Ashton Kuchter) has left
his career as a wrestler to return to the scene of the crime to mourn
his sister and to demand the perpetrator be convicted and imprisoned:
his career has been put on hold and he ekes out a living dressed as a
chicken for a fast food chicken restaurant. During the ongoing twin's
trial, Andrew meets Linda (Michelle Pfeiffer) whose alcoholic husband
has been killed and she is left to support her teenage deaf mute son
Clay (Spencer Hudson). Through series of grieving meetings and periods
of isolation on the part of each of the characters, each finds ways to
support the other and a love affair develops between the older Linda
and the younger Andrew as he agrees to accompany her to her various
weddings for which she serves a planner. How these characters comes to
grips with resolution of their losses is well tied together by film's
end.

This is not a great movie, but the performances by the leads are quite
fine. This is a movie with a message, one that delves into territory
with which many are not familiar, and for that reason alone it is well
worth watching. Grady Harp

TagsCanada
While She Was Out
Shinjuku Incident