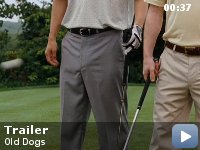 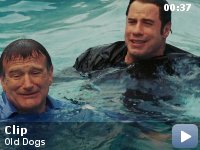 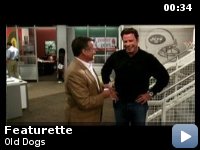 Two friends and business partners find their lives turned upside down when strange circumstances lead to them being placed in the care of 7-year-old twins.

Storyline
Charlie and Dan have been best friends and business partners for thirty years; their Manhattan public relations firm is on the verge of a huge business deal with a Japanese company. With two weeks to sew up the contract, Dan gets a surprise: a woman he married on a drunken impulse nearly nine years before (annulled the next day) shows up to tell him he's the father of her twins, now seven, and she'll be in jail for 14 days for a political protest. Dan volunteers to keep the tykes, although he's up tight and clueless. With Charlie's help is there any way they can be dad and uncle, meet the kids' expectations, and still land the account?

The film's release date was postponed three times. First, due to Bernie Mac's untimely death. The second time was for the death of John Travolta and Kelly Preston's son, Jett Travolta. The final time was because Robin Williams had a health scare that required surgery. All of the postponement ultimately caused the movie to be released more than a year after the original, intended release date, finally releasing on November 25, 2009.

Continuity:
When Vicki is talking to Dan in Grand Central Station the same commuter walks by behind her twice in the same direction.

Dan:
I think so, Mr. Testosterone!


"Old Dogs" is simply mind numbingly awful. It's like two hours of being
raped in the face by fart jokes. Is it funny to see Seth Green pretend
to get hit in the balls? Well then this is totally up your alley. When
people talk about how films are getting worse this is what they are
talking about. The inexplicable amount of decent ratings for this mess
of idiocy kind of explains why the publishing industry is tanking. I
refuse to admit I live in a world where those who enjoy this dreck
actually know how to read.


"Old Dogs" is an ugly artless stupid film that has been created only to
keep your kids quiet for a couple hours; although making them sit
through this should legally be on the same level as child abuse. In a
couple years we will forget this ever existed.