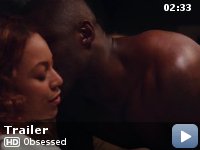 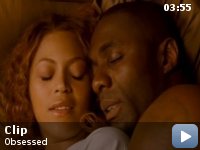 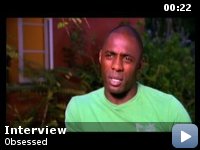 A successful asset manager, who has just received a huge promotion, is blissfully happy in his career and in his marriage. But when a temp worker starts stalking him, all the things he's worked so hard for are placed in jeopardy.

Storyline
Derek Charles is a hard working man, employed as a asset manager in a private company. He is very happy with his beautiful wife, Sharon, and only son, and because of his hard work he just got a huge promotion. But suddenly he gets a temporary worker who is both attractive and smart, and Derek is understandably impressed with her and also finds himself physically drawn to her. However, this new girl is desperate to get close to him – at any cost.

The backless red dress that Lisa wears to the hotel (and on the film's poster) was sewn from scratch, using design elements the actress playing her liked from different dresses considered for that sequence. The rest of the garments used in the film were store-bought.

Continuity:
In the scene where Derek and Lisa are eating at the bar before the Christmas party, Lisa approaches the bar and her watch is on her right wrist. When she is shown in later scenes, the watch is on her left wrist.

Sharon Charles:
[from trailer]
I knew it would come to this.

So when I first saw the trailer for Obsessed, I have to admit I was
curious to see this, even though the "fatal attraction" story has been
used five million times before, it's always interesting to see what the
new fresh writer is going to do with it. Obsessed could have been so
much more and offered a lot to the table but instead turned out to be a
Lifetime movie of the week. There are so many problems with this movie,
it's not even funny… oh, wait actually it was, which I'll explain in
a minute. But trust me when I say that this movie had me laughing so
hard. Now, I don't want to sound strange or wrong, I'm a white woman
and even I found this movie not only to be sexist, but racist as well.
We have a black family who actually are very successful, well bred,
beautiful, smart and nice people, but somehow Beyonce turns ghetto in
the end. This movie needs so much work, it's honestly ridicules, let me
tell you about the story before I tell you all that's wrong with it.

Derek Charles is the Executive Vice President of Gage Bendix and has
resulted in a recent promotion. He is happily married to his wife,
Sharon, with a son, Kyle. However, when a new temp, Lisa begins to
flirt with him. Lisa eventually attempts to seduce him, but he
repeatedly rejects her advances. Lisa becomes obsessed and begins to
manipulate Derek and Sharon's relationship, eventually becoming
violent. Lisa fakes a suicide in Derek's hotel room while he is on a
business trip. Meanwhile, Detective Reese interrogates Lisa, who lies
about her relationship with Derek. While Derek and Sharon are out, Lisa
goes to their home and convinces the babysitter to let her in,
eventually escaping with Kyle while the babysitter is distracted. Derek
goes to the car, intending to pursue Lisa, and finds Kyle in the
backseat with lipstick from Lisa on his forehead. They set up a home
alarm system, but at this point nothing is going to stop Lisa from
getting what she wants.

This is one of the worst movies of the year; why? I never really found
Ali Larter to be that threatening, everything happened so fast with her
obsession, I didn't get her motive or history on why she might possibly
be obsessed with this man. Idris Elba who plays the husband, Derek, is
completely whipped. Now granted I know they were trying to make him
into a nice husband, but did they go far or what? This man sent flowers
to his wife every week, isn't allowed to go to a basketball game with a
friend, is not allowed to have female assistants, pretty much hide in
the corner at the company Christmas party so his wife won't jump on him
at home. Beyonce Knowles, who plays his wife, Sharon, I had no sympathy
for her character what-so-ever. This woman has major jealousy issues
and we never know why, she mentions that he once was a player up till
he met her, but it's never indicated that he ever cheated on her, so
why in the heck is she so incredibly jealous? Also when she finds out
that Lisa attempted suicide in Derek's bed, she won't even hear his
side of the story, not only that, the house he paid for, she throws him
out for THREE MONTHS! God, I want know what happens to him if he
doesn't do the dishes, does he have to sleep in the back yard? I have
to talk about the ending, I'm sorry, so if I haven't already spoiled
the movie enough don't read on.

The ending: we go from the story being about Derek and this crazy woman
who has insane fantasies about them having an affair… stepping in the
right direction. But then all of a sudden, Lisa breaks into their home
and lays herself in their bed and Sharon, the wife, catches her,
instead of being rational and calling the police, it goes into "it's
all about Beyonce" mode and she's shouting out one liners just to
please the audience. The girls take the ultimate beating and somehow
are still able to land on their feet, for God's sake they have 105 lb.
Ali Larter swinging a two by four at Beyonce! Then after Sharon kills
Lisa, she walks out of the house all bloody and the detective and
husband come, as he holds her we pause on Beyonce's face while her song
is playing… hmm, subtle on the promotion there, she's a secondary
character for goodness's sake! Also one other thing I have to spoil is
that Lisa puts a roofie in Derek's drink and seduces him in some way…
what was the purpose of this scene? It never comes up again or had any
purpose, if it's supposed to be threatening, not so much. The detective
was also a stupid addition to the story, she is the most incompetent
detective ever. Just everything about this movie didn't work, pointless
characters, no backrounds, no thrills, chills or suspense, save your
money.