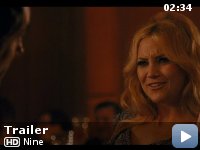 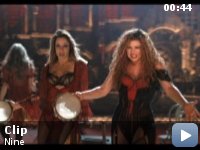 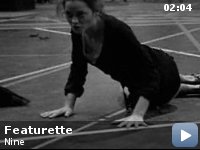 Famous film director Guido Contini struggles to find harmony in his professional and personal lives, as he engages in dramatic relationships with his wife, his mistress, his muse, his agent, and his mother.

Storyline
Arrogant, self-centered movie director Guido Contini finds himself struggling to find meaning, purpose, and a script for his latest film endeavor. With only a week left before shooting begins, he desperately searches for answers and inspiration from his wife, his mistress, his muse, and his mother. As his chaotic profession steadily destroys his personal life, Guido must find a balance between creating art and succumbing to its obsessive demands.

Taglines:
This Holiday Season, Be Italian

When Carla meets Guido at the train station, she says that she stayed at hotel with her parents during the war, and there were a lot of Germans there. This references the song "The Germans at the Spa" which was in the play, but not used in the film.

Guido Contini:
[singing]
Nothing holds together, nothing makes a bit of sense now. Impossible to grasp or understand. How can I go on to watch the whole of my existence end up being nothing that I planned?

I Wanted To Like This Film More Than I Did.


Guido Contini, a famous Italian director, is struggling with his next
big film. He has no script and no inspiration, but everyone is counting
on him. He tries to juggle both his new film, his wife, his mistress,
his producer and his muse. Oh yeah, he also talks to his dead mother.


Nine is an ambitious film, I'll give it that. Rob Marshall, the
director of the Best Picture winner Chicago serves up a mix bag with
Nine. The film feels like Marshall is trying to rekindle the magic he
had with Chicago, he comes up short, specifically with the musical
numbers. For everything that I liked about it, there were two things I
didn't. Nine needs to be more focused and shorter for it to be a film I
would recommend.

The film is about film-making, yet the way Marshall presents the film
to us is in the style of a stage play. Everything from the set-pieces
to lighting screams stage play. It was an interesting touch, but felt
out of place because it dealt with the art of film-making so much. The
musical numbers, all uninspiring and rather boring, even attest to
this. With the exception of Fergie, who gives us the best song and
dance number that uses sand in a creative way, all the other numbers
are generic and rather 'not good'. When you have a Grammy winner
singing a song and then have Kate Hudson sing one, there is a
difference, and it is more noticeable than the filmmakers might have
wanted.

Nine has a great cast, most of them are Oscar winners too. Daniel Day
Lewis, with an amazing Italian accent, is the obvious stand out. He
plays sexy and stressed all in one look. Penelope Cruz is the mistress,
who has the sexiest scene of this movie, her career and this year. Her
work in this film is pretty basic, the other lover who wants to be the
one loved. With the exception of DDL, the only other actor that is
given any kind of emotional depth is Marion Cotillard. She has to go
through the realization that her husband is cheating on her and make
the choice to stay or leave. Everyone else is pretty much there to fill
up time and sing their one song. Judie Dench is the fashion designer
and she plays a motherly figure, whereas Sophia Loren plays his actual
mother, well his dead mother, but he still sees and talks to her.
Fergie has her one scene in which she steals the show with her tune and
then Nicole Kidman turns up at the end and makes you wince with her
accent. Don't get me started on Kate Hudson.

The problem is that these are good actors, with just no material to
work with. Daniel Day Lewis is great, but he's a hard character to
connect with, he's sleeping around with a lot of women, it feels like
half the cast. Emotional scenes don't play out as well as they should
and the film drags itself to the finish line near the end. I found
myself wanting it to end sooner and sooner, but it kept going.

On the plus side, the choreography is great and the cinematography
really grabs you, even if it is a little misplace with it's stage feel.
The film is well put together and the editing is well done. It weaves
it's story in and out of timelines from Guido's life, during the
musical numbers. The film isn't bad, but it didn't do anything for me
either. Leaving a musical not tapping your toes or even remembering the
tunes may be a bad sign. I liked it enough to give it a good rating,
the cast and style are good enough for me to do so, but everything else
makes me lean on the side of telling you to rent this. It's well made,
but has no real heart and the film is a little on the long side, you
may be checking your watch.