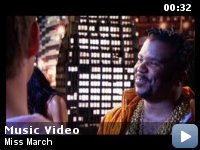 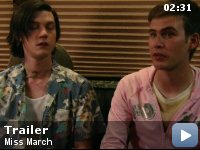 Storyline
A young man awakens from a four-year coma to hear that his once virginal high-school sweetheart has since become a centerfold in one of the world's most famous men's magazines. He and his sex-crazed best friend decide to take a cross-country road trip in order to crash a party at the magazine's legendary mansion headquarters and win back the girl.

Taglines:
After four years in a coma, Eugene Pratt is going to be reunited with his high school sweetheart…on pages 95-97.

The Playboy issue in which Cindi appears as "Miss March" is actually the October 2005 issue. The cover model is Sara Jean Underwood, who appears in the film as herself.

Tucker Cleigh:
Well the country is like, what, 10 states wide? And each state is roughly 100 miles across. So that's like 1000 miles. We're going about 60 miles an hour, so we should be there in like 600 minutes.

Obviously, this movie is not for everyone. It makes last years Sex
Drive look like a family movie. Because of this, many people will be
turned off by the movie. About a third of the people walked out of the
theater when I saw it, and most likely the majority of them went home
and rated this a One. Being a fan of the Whitest Kids U'know, I was
very excited to hear about this back in December. and then very annoyed
when they kept pushing back the release date. But finally, It arrived
and it was great, in my opinion. Not quite to my expectations but by no
means bad. It is true that some of the jokes become incredibly
repetitive, and they dragged the lesbians scene out to the point that
it was no longer funny. But more often than not, the jokes are hits
rather than misses. Many people have given the film poor reviews
because of how unbelievably vulgar the jokes are. Which makes me
wonder: Why would you see a raunchy teen sex comedy that takes place at
the playboy mansion, and was written, directed by, and starring two of
the Whitest Kids U'know if you are offended by vulgar humor? Trevor
Moore was hilarious as always but I do feel that Zach Creggor's talent
was in many ways wasted. He got very few of the best lines, though, one
could expect that since he plays the cliché "serious" buddy that is
found in all teen sex comedies. Craig Robinson was great, though I
thought that his character got a bit annoying after a while. But
despite the films dirty charm and frequent laugh out loud moments,
there were also a fair number of flaws. Miss MArch suffered from the
same issue that the latest Harold And Kumar installment did: Every once
in a while they would go just a bit too far. In a film like this you
have to walk the line. In many cases, they would take a flying leap
over it. Which is fine, to a certain extent. The problem was that the
just didn't seem to realize when to quit. Dirty does not always mean
funny. If you are trying to decide whether or not to see it, just know
that it can either be a laugh out loud hilarious raunch filled comedy
roller-coaster or it can be a dull, lifeless, trashy, tasteless, bomb
of a movie, depending on your taste, or lack thereof. I personally
found it to be the former rather than the latter. But it is most
certainly not the type of movie that you should see with your family.
8/10