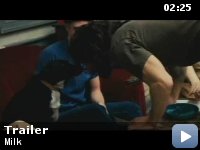 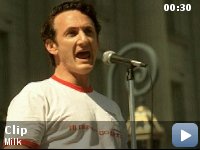 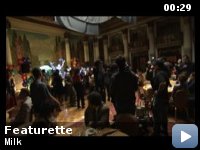 The story of Harvey Milk, and his struggles as an American gay activist who fought for gay rights and became California's first openly gay elected official.

Storyline
Using flashbacks from a statement recorded late in life and archival footage for atmosphere, this film traces Harvey Milk's career from his 40th birthday to his death. He leaves the closet and New York, opens a camera shop that becomes the salon for San Francisco's growing gay community, and organizes gays' purchasing power to build political alliances. He runs for office with lover Scott Smith as his campaign manager. Victory finally comes on the same day Dan White wins in the city's conservative district. The rest of the film sketches Milk's relationship with White and the 1978 fight against a statewide initiative to bar gays and their supporters from public school jobs.

The apartment that was used in the film is the real apartment Harvey Milk lived in on the Lower Haight in San Francisco.

Anachronisms:
During one of the first scenes in the camera shop, a Kodak cardboard on the shelf has a newer Kodak logo.

Harvey Milk:
[First lines]
This is Harvey Milk speaking on Friday November 18th. This is to be played only in the event of my death by assassination. During one of the early campaigns, I started opening my speeches with the same line and it sort of became my signature… Hello, I'm Harvey Milk, and I'm here to recruit you.


Gus Van Sant's talent and humility allows Harvey Milk to be a the
center of this remarkable story without putting himself in front of the
camera. Sean Penn shines with a new and extraordinary light as Harvey
Milk. His humanity is overwhelming at times. That permanent smile
defining his face talks volumes about his faith in people, no matter
what. His awareness is filled with truth and innocence, he worries he's
about to be 40 and hasn't accomplished anything. Little did he know.The
film is constructed brilliantly in a series of vignettes that builds up
into a whole fluid narrative. Josh Brolin, as the disturbed Dan White
is another standout in a complex and remarkable performance. No cheap
shots here. Diego Luna, Joseph Cross and Emile Hirsch are also terrific
as the boys around Harvey but it is James Franco who truly gets under
your skin. His romantic turn is one of the most compelling gay love
stories I've ever seen (and I've seen Brokeback Mountain). Highly
recommended!