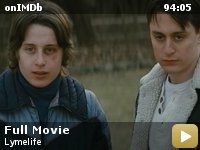 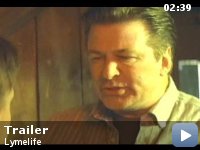 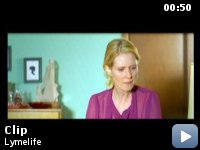 A family unit begins to bow under the pressure of a failing marriage.

Storyline
Set in the late 70's, seen through the innocent eyes of a fifteen year old boy, SCOTT, "Lymelife" is a unique take on the dangers of the American Dream. This funny, sad, violent and sometimes tragic look at first love, family dynamics and divorce weaves an intricate tapestry of American life during a time of drastic economic and emotional change.

Errors in geography:
On the sign announcing the construction of the Bartletts' new house, the Bartlett Group's address is given as "329 Empire Road, Long Island, NY, 89023." It is more likely that the town would be given (e.g., "Bethpage, NY" rather than "Long Island, NY"), but in any case 89023 is a Nevada zip code.

Adrianna Bragg:
It was weird seeing you getting your ass kicked. I felt like you were my little brother or something.


Had the pleasure of seeing this at Toronto and Sundance. I'm a festival
rat and do not usually comment on movies. But this film struck me in
different ways on both viewings. The first time I was consumed in all
of the performances, which are spectacular. The second time I was
wrapped up in all of the symbolism. The reflection shots, the little
fake houses, the spiritual references, the overall tone of the movie
that was set by the director and his brother. Is this a perfect movie?
It's as perfect a movie as you will find on the premiere festival
circuit. And when I found out it was filmed on a tiny budget, I was
even more impressed. It turns out to be a funny and moving story that
makes you laugh a lot. The director is funny, the actors are all funny
and the music is amazing. Every scene that had a song in it was
completely amazing. Martin Scorsese is the producer of the film and the
director is clearly a big fan. There's violence, emotion and a lot of
humor. It's not about the mafia but it has a Sopranos feel to it. I
can't put my finger on it, but it's there. To sum it up, it has some
very heavy scenes but those scenes are peppered with hilarious moments.
So it's never too dark or too heavy. It plays like a film from the
1960's or 70's. Heck of a job. I want to see more from this filmmaker.