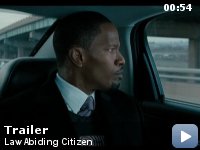 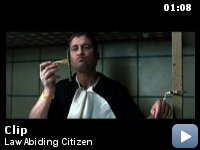 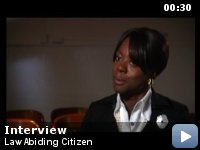 A frustrated man decides to take justice into his own hands after a plea bargain sets one of his family's killers free. He targets not only the killer but also the district attorney and others involved in the deal.

Storyline
Clyde Shelton's family is brutally murdered. The ones responsible are caught. However, because of improper procedure, the D.A., Nick Rice only has circumstantial evidence. So he decides to get one of them to testify against the other. When Shelton learns of this, he is not happy. Ten years later, the one who was convicted is being executed but something goes wrong; his execution goes awry and he suffers. They learn that someone tampered with the machine. And the other one is found dead, killed in a gruesome manner. Rice suspects Shelton, so he has him picked up. At first, Shelton agrees to a plea agreement with Rice but changes his mind. It appears that Shelton is not done, it appears he blames the whole system and is declaring war on it going after everyone involved with his family's case. So Rice has to stop him but Shelton is way ahead of him.

Taglines:
They killed his family. Now justice is his vengeance. (UK Quad)

Director F. Gary Gray decided to use Del Frisco's Double Eagle Steakhouse as the restaurant that caters Clyde's lunch after dining there several times during filming. The restaurant was also the location of the film's after-party following its screening at the Philadelphia Film Festival.

Errors made by characters (possibly deliberate errors by the filmmakers):
Clyde ordered french fries (pommes frites) to go with this steak as part of his deal, however, came lunch time, no fries were served.


This is a great idea. A technical genius who is somehow able to commit
revenge murders from his jail cell. He doesn't hide the fact he's a
killer; in fact he announces each murder just before it happens.

Technically everything was possible and the method very cleverly hidden
so I was kept in suspense until the last 20 minutes when the cat was
let out of the bag too early. The ending is a let down. It's true
Hollywood: Technically improbable, illogical, and in my opinion it
spoils all the character development made until that point and wastes
the opportunity for a much darker ending with a more satisfying
outcome.

All that said I really enjoyed it. I would recommend it to anyone not
disturbed by moderate violence. Go see it!