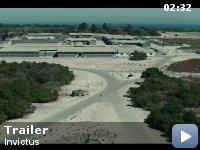 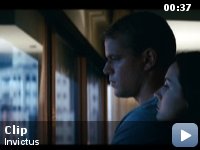 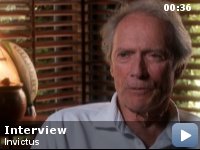 Nelson Mandela, in his first term as the South African President, initiates a unique venture to unite the apartheid-torn land: enlist the national rugby team on a mission to win the 1995 Rugby World Cup.

Storyline
The film tells the inspiring true story of how Nelson Mandela joined forces with the captain of South Africa's rugby team to help unite their country. Newly elected President Mandela knows his nation remains racially and economically divided in the wake of apartheid. Believing he can bring his people together through the universal language of sport, Mandela rallies South Africa's rugby team as they make their historic run to the 1995 Rugby World Cup Championship match.

Taglines:
He was a prisoner who became a president. To unite his country, he asked one man to do the impossible.

The word "invictus" is Latin for "unbeaten". It is also the name of a short poem written in 1875 by William Ernest Henley, a British poet. The poem was written while Henley was in hospital having to have his stricken foot amputated. Nelson Mandela is heard saying lines from the poem.

Factual errors:
In the World Cup, after the Australia match, the Springboks' next two matches are shown to be against Western Samoa and France. In fact, these were the quarter-final and semi-final matches; the Springboks played Romania and Canada after Australia in the pool stage. (This may have been deliberate on the part of the filmmakers; the punch-up at the end of the Canada match would not have been in the spirit of the film).

High School Boy:
[seeing passing motorcade]
Who is it, sir?

High School Coach:
It's the terrorist Mandela, they let him out. Remember this day boys, this is the day our country went to the dogs.

As a South African, I can tell you the entertaining, inspiring and enjoyable "Invictus" exceeded all my expectations.


As a South African who saw this film on Friday morning, I can tell you
you the entertaining, inspiring and enjoyable "Invictus" exceeded all
my expectations.

It really is a true story of epic proportions yet it's told with an
intimate feel, and it is at least 98% accurate to the events of the
time. Clint gets all the big details and so many of the little details
right, but he never goes over the top. He directs with minimum fuss and
achieves maximum effect, just letting the powerful story unfold without
getting in its way.

I watched the 1995 Rugby World Cup and saw Madiba come out in the
Springbok jersey. It was a wondrous sight. And when Joel Stransky
slotted that drop kick over in the dying minutes and the Boks won, I
wept and cheered along with everyone else. After the match millions of
South African – of all races – celebrated. It was an amazing time. It
was the birth of the "Rainbow Nation". Nelson Mandela is the greatest
and most beloved of all South Africans. The man is a living legend, but
so human and real. When he was President he brought hope to all South
Africans, white and black. We, in my country, will never stop loving
this incredible man. Clint Eastwood and Morgan Freeman did South Africa
and our beloved Madiba proud. Francois Pienaar is also an amazing South
African, an intelligent, big-hearted rugby played who always led by
example, and Matt Damon's performance as him was superb. I was glued to
the screen for every second of the film's running time (I didn't even
move from my seat until the final credit rolled and the house lights
came on), and I was moved to tears on several occasions. The final
scene was especially touching.

Freeman's performance was magical and I can see him getting as Oscar
nomination. If you think his Mandela is too cool to be true, think
again. Mandela really is this cool. A brave and intelligent man whose
courage and strength of character should serve as an example to people
all over the world. After being unjustly imprisoned for nearly 30 years
by a cruel and repressive regime, he emerged to run a country and teach
its people the meaning of forgiveness and reconciliation.

I thoroughly recommend the authentically detailed, historically
accurate "Invictus" to film lovers, Eastwood fans, Nelson Mandela fans
and sports fans everywhere in the world. South Africans would be crazy
to miss this excellent film, but it deserves to be a hit all over the
globe. Let's hope it is.

PS. I'm a huge fan of Clint Eastwood as both an actor and a director.

Of the films Eastwood has directed, my favorites, in no particular
order, are "Unforgiven", "Million Dollar Baby", "Gran Torino", "The
Outlaw Josey Wales", "Letters From Iwo Jima", "The Bridges of Madison
County","Bird" and "Invictus". Yes, it's really that good. "Invictus"
is another winner from Clint. He just seems to get better with age.
What a creative roll he is currently on.

PPS. "Invictus" is one of the best sporting movies I have ever seen.
But it's also about more than sport.