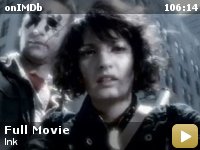 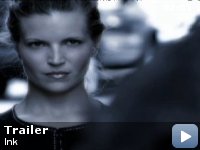 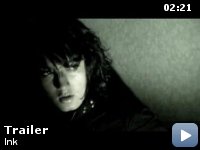 A mysterious creature, know as Ink, steals a child's soul in hopes of using it as a bargaining chip to join the Incubi – the group of supernatural beings responsible for creating nightmares.

Storyline
As the light fades and the city goes to sleep, two forces emerge. They are invisible except for the power they exert over us in our sleep, battling for our souls through dreams. One force delivers hope and strength through good dreams; the other infuses the subconscious with desperation through nightmares. John (Chris Kelly) and Emma (Quinn Hunchar), Father and Daughter are wrenched into this fantastical dream world battle, forced to fight for John's soul and to save Emma from an eternal nightmare. Separate in their journey, they encounter unusual characters that exist only in their subconscious. Or do they? Ink is a high-concept visual thriller that weaves seamlessly between the conscious and the subconscious. Ink has been hailed as the new "it" movie and compared to cult classics Brazil, Donnie Darko, The Matrix, Dark City and Pan's Labyrinth.


While I have stood idly by and read others comments on so many movies,
I feel compelled to say something about this one. Truly a work of art,
and it's an injustice that it is not more well known for I stumbled
across this movie by chance and had heard nothing of it. This is far
better than anything at the theaters now a days and was so well done in
every aspect of it. A must see movie for anyone who gets a chance, like
an escape away from the usual routine we are accustomed to.


From the beginning this movie will grab your attention. From the subtle
effects that are done just right, to the acting from all parties of the
cast. A very wholesome experience. Perhaps the rest of the film
industry could take a lesson or two and make a decent movie like this
and not waste millions of dollars on the junk they crank out on a daily
basis.