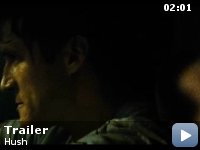 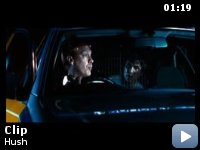 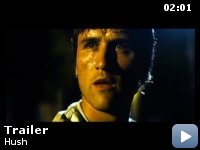 A young couple on a motorway journey are drawn into a game of cat and mouse with a truck driver following a near accident.

Storyline
Tired and irritable, Zakes Abbott drives home along the motorway, his girlfriend, Beth, asleep beside him. Failing to spot his exit he speeds across the causeway, cutting up a white van and barely avoiding an accident. Apoplectic with rage, the truck driver gives chase, and as he violently overtakes the tailgate flips up revealing a woman bound and bloodied in the back. But before there is time for a second look, the door is slammed shut and Zakes is left bewildered and wondering if what he saw was real. Later at a service station, Zakes' fears grow when Beth goes missing, and as he begins a frantic search, he is enticed into a deadly game of cat and mouse on the deserted motorway. But being the sole witness to the earlier scene, how does he convince others of his desperate need for help? Playing on our most primal fears, this taut suspense thriller challenges a world where we constantly…

Taglines:
Only you saw it. Only you can save them


This rare example of a British road movie is a taut thriller that
cleverly plays with the audience and their expectations, and rarely
disappoints. Not only is the subject matter a cat-and-mouse hunt, but
viewers are also toyed with much like a cat provides the twists and
turns to the final moments of a mouse.

Part of the reason this works in an otherwise low-budget film with few
familiar faces is that the genre is filled with American examples like
Duel: this film takes those conventions as its starting point, but the
things we've come to expect to happen in thrillers like this are often
subverted and keep the audience guessing and trying to work out what
will happen next.

A lot of the tension in the movie is provided by the decisions Zakes
(Will Ash) makes -or not- which sometimes seem absurd, but always turn
out to be necessary – and the fast paced, nervous editing by Victoria
Boydell which contributes to the audience littering the place with
chewed off fingernails. It's an essential part of pulling off a
thriller like this where the resources are low but the game is high.
The music score (Theo Green) also adds a vital element to this tension
and to the expectations of the audience. In tone somewhere between John
Carpenter and Bernard Herrmann's work for Hitchcock, we're often
tricked into following our hero's instincts and fears even when they
prove to be wrong.

All these aspects made me follow the protagonist quest, dis-likable as
he may at first seem, and put any questions I might have had about the
acting and budget required for an action thriller aside. It's not
without fault as the constant twisting and turning of the plot
sometimes feels forced, and the acting in the smaller roles not always
as convincing as the lead. But the film exceeds what we should expect
so often and works in so many places that when you read how little it
was made for, and by a first time writer/director (Mark Tonderai), you
can't help but hand it to the guy: he has managed to create a drama
that centers on social responsibility, our fears of losing someone we
love, and the dilemma of being wanted for a crime you didn't commit.
These elements and the tight plotting (I thought I spotted a plot hole
but then realized it was completely explained!) are reminiscent of
Hitchcock's earlier films like The 39 Steps: not a bad place to be
starting as a filmmaker.