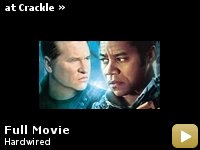 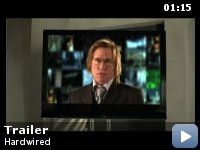 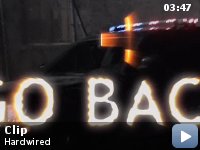 After a tragic accident claims the lives of Luke Gibson's (Gooding Jr.) wife and unborn child, he is left with critical injuries and complete amnesia…

Storyline
After a tragic accident claims the lives of Luke Gibson's (Gooding Jr.) wife and unborn child, he is left with critical injuries and complete amnesia. A new technological breakthrough from the Hexx Corporation – a Psi-Comp Implant that's hardwired into Luke's brain – saves his life, but Luke soon finds out that this new technology comes with a price and that the Hexx Corporation harbors sinister plans for the new device. With the help of new allies, Luke tries to recover the memories of his past while uncovering the Hexx Corporation's true motives.

Taglines:
They stole his past, now he's taking back his future

Revealing mistakes:
During the operation that plants the computer in Luke's head, they show him sitting up and the doctor working through the back of his neck. When the scene switches to a "security camera" view, they use stock footage of a totally different operating room with a lot more people and the patient lying down and completely draped.


Don't be fooled by the A-list actors. I think Cuba Gooding Jr and Val
Kilmer must have been tricked into working on this crap. It even looks
like the director tried to hide his name on the credits.

Hardwired was derivative in way that makes you think the writer has
heard about Blade Runner and Minority Report, but never seen either.
It's unoriginal with a non-existent plot, and cheesy effects from the
very start. Truly painful to watch. The effects include exploding heads
with "Evil-Dead-like" blood spurting, and After Effects starbursts for
bullet strikes plus annoying high-pitched ringing throughout the film.
The computer "hacking" was not only boring but laughable. (My life's
work of "hacking" stored on a USB stick:) Even the 2 cyber punks were
unconvincing. It takes place in the future yet everyone drives cars
from the 90s. The set design was total crap, and it looks like it was
shot on a camcorder in 1992. I kept thinking I was watching a low
budget sci-fi TV show from the early 90s on a second rate network. I
can't believe I watched this movie. There's no redeeming qualities to
mention. It was simply terrible, and not in a cute B movie fashion.