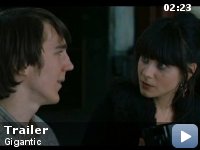 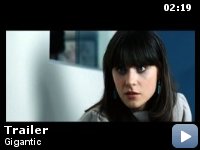 A mattress salesman finds his plan to adopt a Chinese baby augmented by the arrival of a young woman, who comes into his workplace, falls asleep on one of the beds, and starts to affect his life upon waking up.

Storyline
Do we ever get what we want? Brian sells mattresses in a warehouse store. His father and older brothers have material success; he wants a child. He's applied to adopt a baby from China. A man who appears homeless seems to be stalking Brian with violent intent. He meets Happy, the daughter of a rich, quirky customer. She doesn't stick to anything, but she and Brian hit it off, except for her vomiting when she learns about his adoption idea. He wants her to meet his family, and there's a call about the adoption. What will Happy do?

Taglines:
When it comes to family and relationships, there are no small surprises

Al Lolly:
[getting in car after Happy and Brian secretly had sex there]
Smells like a wharf net in here.

Al Lolly:
You heard me. Smells like low tide.

Brian:
I don't smell anything.


After reading the comments and reviews on this page for the film
Gigantic, I felt compelled to register an account on IMDb and add my
own voice to the apparently confused chorus. My reaction to the film
itself was strong, but not nearly as strong as my reaction to the
comments people have been adding to this page. If I had gone to check
IMDb site for the film before seeing it, as I usually do, I probably
would have been turned off by the low rating and negative comments, and
wouldn't have ended up seeing this little gem of a film. And that would
have been too bad, because it really is a nice little film; One that
has qualities that apparently inspire vitriol in some viewers, but
their anger and 'disappointment' just bewilders me.


What is not to like in this film? The cast is amazing. The performances
are top-notch and completely appropriate for the tone that director
Aselton is trying to create. I've read comments that have mentioned
'believability' of certain scenes and plot points, but I think these
types of viewers were doomed to misunderstand the film from the very
beginning (and isn't it always these viewers who do choose to comment?
bashing on what they don't understand). And that's not even to say this
is some kind of elitist 'quirky indie' film as most people suggest.
It's to the point now where 'quirky' is just another derogatory and
pejorative term for something outside the realm of someone's
expectations, experience, and capability of understanding. It's a term
the narrow-minded use.

Gigantic is well worth your time and money. It's shot beautifully. It
has some great performances that create genuine laughs, not from
absurdity for its own sake or from cheesy one-liners, but from the
performance choices themselves and from the character development. Did
I mention Matt Walsh was great as well? The whole cast is wonderful,
and I personally look forward to whatever Aselton does next.

TagsChina USA
The Six Wives of Henry Lefay
Transformers: Revenge of the Fallen