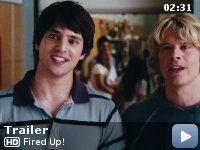 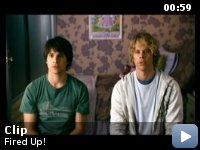 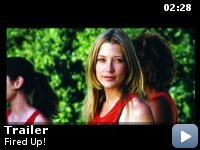 The two most popular guys in high school decide to ditch football camp for cheerleader camp. For the girls and for the glory.

Storyline
Two guys, Nick and Shawn decide a two week stint at a Cheerleaders' Camp is the perfect opportunity to score tons of meaningless romantic liaisons with lonely girls in tight-tops and short-short skirts. But their lusty plan to caress as many pom-poms as possible goes awry when one of the dudes fall in love.

During AnnaLynne McCord's audition, director Will Gluck asked her to improvise a "panther move". She did a fist-pound claw-and-growl and thought nothing of it after. Her first day on set, he asked her to do it for the camera, and her trademark "panthers out" move ended up being a running joke throughout the film.

Errors made by characters (possibly deliberate errors by the filmmakers):
In the "Coach Shit" scene the coach only says "shit" 9 times. ("You shit heads think you're the shit. That you don't need to pay attention out there. I'll kick the shit outta ya. You pumped for football camp? – Don't mess with me shit dick. I'm gonna push ya like ya never been pushed before. Your muscles will ache, your head will throb, you're going to shit blood out of holes you never knew you had. – Oh no, change it up this year. Camp's gonna be in El Paso, Texas, hotter than your shit hole. We're gonna get you shits can take it. Bus leaves Monday at Oh-Shit-Hundred Hours. – 4:45 am. – Skip your morning shit and get down here.")

Shawn Colfax:
You gotta risk it to get the biscuit.

Odd to say, but "great chemistry!"


Kudos to the casting agents for this one — it's fun and lively and
moves along steadily to the predictable happy ending, but along the way
the dialogue is snappy, witty, and oddly believable. Why so? Hard to
believe, but it was the great chemistry of the two bromantic leads!
They play off each other perfectly, and because they're sharply versed
with each other, it's instantly believable that they're also
sharply-witted with others. It's rare to have the sex-hungry jock teens
be intelligent too (smart jocks? Who'd buy that?), yet it works! I
bought it, I laughed (a lot!) and I never reached a point where I
thought the lead characters had stepped to a point of groan-ness. So
kudos to the casting, and the lead actors themselves — should the
chance happen again, I'd gladly see another comedy with these two —
they make a good 'bro' pair.