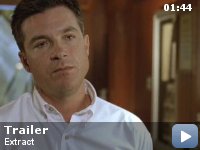 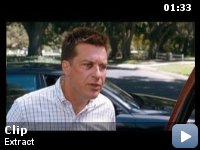 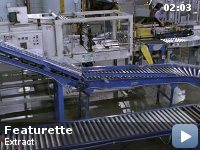 Joel, the owner of an Extract plant, tries to contend with myriad personal and professional problems, such as his potentially unfaithful wife and employees who want to take advantage of him.

Storyline
Joel, the owner of an extract manufacturing plant, constantly finds himself in precarious situations that steadily worsen by the minute. First, his soon-to-be floor manager acquires a serious injury in a machine malfunctioning accident that subsequently endangers the wellbeing of his company. Second, his personal life doesn't fair much better when he takes the advice of his bartending friend Dean during a drug-induced brainstorming session on how to test his wife's faithfulness. Finally, compounding these catastrophes is new employee Cindy, who happens to be a scam artist intent on milking the company for all its worth. Now, Joel must attempt to piece his company and his marriage back together all while trying to figure out what he's really after in life.

Taglines:
This Labor Day, the creator of OFFICE SPACE heads back to work.

Factual errors:
Early in the movie, when Cindy is sorting through her various forms of ID, an Ohio drivers license is shown. The issue date is April of 2001, with an expiration in April of 2010. An Ohio license must be renewed every four years.

Dean:
[as Brad walks out of the bar]
There he goes… Johnny Horsecock.

A comedy that really doesn't know what kind it wants to be.


Awkward situational humor has really been the staple of all of Mike
Judge's films and TV ventures (besides the immortal Beavis and
Butthead), and his latest effort, "Extract", is really no different.
The viewer, I'm guessing, is supposed to laugh at these situations and
just take it from there, allowing the actors to feel around. This takes
the emphasis off the actors and more on the story, and therein lies the
problem. "Extract" is a comedy built for one thing and written for
another, and in the end, it becomes a mildly, yet forgettable movie.


"Extract" is so obviously written to be the next "Office Space", which
will forever remain Judge's crown jewel as far as films go. The
situations are awkwardly funny, yet there really doesn't seem to be a
balance to most of it. Judge's newest is rather repetitive in its
approach – Joel goes to work, is unhappy. Joel comes home, is
interrupted by his annoying neighbor. Joel goes to the bar. Ben Affleck
says something witty. Mila Kunis looks hot. The film continues down
this path aimlessly, not really offering to build up any suspense as to
what could happen with our characters, until a really useless event in
the plot causes the movie to end. It experiments with a bit of
character development in the lead role of Joel, but everyone else is
either a cliché, someone who is not worth developing, or a plot device.

You'll notice that I said the film is written to be an awkward
situational comedy, and it clearly is – however, the comedians cast in
parts are not really meant for these kind of roles. For some (Jason
Bateman, Dustin Milligan), it works and they fit their characters well.
For others (Mila Kunis, Clifton Collins Jr.), both actor and character
seem out of place, like they belong in a more slapstick or more vulgar
and/or stereotypical comedy. The real plus comes from Ben Affleck, who
is hilarious just about every time he graces us with his presence,
while Kristen Wiig is VASTLY underused. Clifton Collins Jr. is great as
well, while Mila Kunis is almost as out of place as she was in "Max
Payne". If anything, this film has the most random cameo of all time
from Gene Simmons.

Maybe Judge has lost his touch, though I doubt that, because he has a
great cameo in the film as well…but his writing is done in a way that
it feels like he's building up to one huge punchline that never comes.
Don't get me wrong, most people will have a few chuckles and smiles at
"Extract", but with Judge's name on it, you'd expect it to be a bit
better than the occasional laugh and grin. It doesn't know whether to
be absurd, as some characters and jokes are, or the awkward comedy that
Judge is so great at doing.

To put it simple, "Extract" lacks the strength of plot, relatability,
and character development that Judge's previous works have had. Joel is
no Peter from "Office Space". Ben Affleck's character, an obvious
rehash of Deidrich Bader's character from the same movie, is the one
saving grace, and even he isn't good enough to stop this from becoming
nothing more than a mediocre comedy that's best saved for a DVD rental.