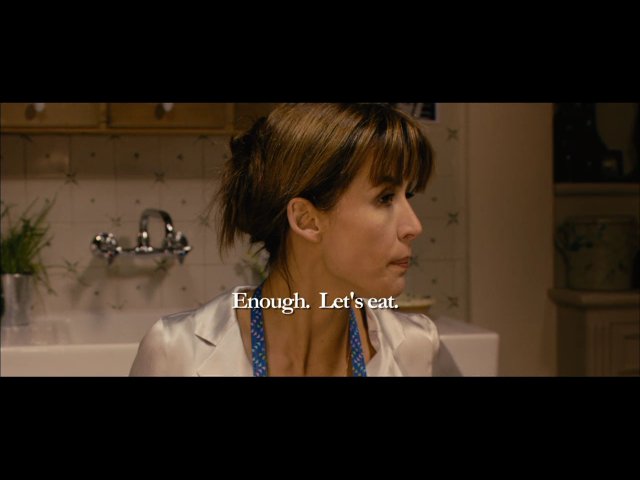 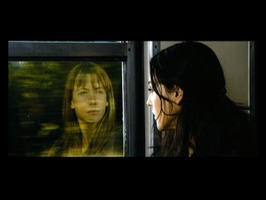 A psychodrama about a photographer whose pictures tell a different story to that of her perception.

Storyline
Jeanne a writer, married, with two children – starts to see unsettling changes in her home. Her body is beginning to change. No one around her seems to notice. Her family dismisses these fears as the result of the stress of having to finish her next book, but Jeanne realizes that something far deeper, far more disturbing is taking place. A photograph at her mother's house sends her in search of a woman in Italy. Here, transformed into another woman, RosaMaria, she will discover the strange secret of her true identity.

A Nutshell Review: Don't Look Back


Selected for competition in Cannes this year and the closing film at
Singapore's French Film Festival, Don't Look Back is a rather
straight-forward psychological drama starring two European actresses
who would need no introduction in Monica Bellucci and Sophie Marceau
playing the same role of Jeanne, or so it seems.

We're introduced to Sophie's version first, where she's attempting to
write a novel after a series of successful non-fiction works, for the
sole reason of revisiting her much forgotten, and likely repressed
past. Despite her publisher's persuasion to abandon the idea because
it's only to dig up some skeletons best left hidden, she forges forward
and bit by bit discovers that she's starting to lose her mind, where
furniture starts to be in places she no longer remembers, and family
members start to look physically different, which of course is enough
for anyone to freak out. And the icing of the cake, she morphs from
French looking Sophie Marceau, to the Italian babe Monica Bellucci.
Which is not a bad thing of course, considering one can morph into
somebody less attractive or endowed even.


In the meantime, we're left to wonder if Jeanne (in whichever version)
is starting to lose it, whether it could be an extreme and early onset
of the Alzheimer's, as roads become unrecognizable, husbands become
someone else, and scars disappear and reappear. It's an extreme case of
severe identity crisis where one is thankful that it doesn't take the
cop-out route and make everyone wake up from a bad nightmare.

It's an extremely well made psychological piece which explores the fear
that comes with losing the things that we hold dear, and also the
uncomfortable sense of being outside an established comfort zone,
journeying into the big unknown, deducing what actually is happening,
despite not knowing where to start, and the developing suspicion that
everyone is in on the joke, except for yourself.

It's tough to compare who was the better Jeanne, because Sophie
disappears for the most part from the second act onwards. Screen time
shared by both actresses in the same frame is extremely limited as
well, so we'd only get to savour one sold performance after another,
turn-based. There's a proper explanation to everything that's
happening, though one has to be patient in order to allow the narrative
to reveal itself in due course. So meanwhile, accept what's presented,
and try to piece together the jigsaw yourself.

TagsItaly
Drag Me to Hell
Land of the Lost