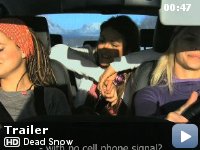 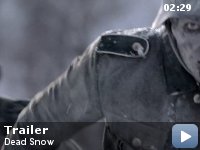 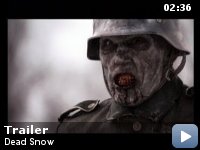 A ski vacation turns horrific for a group of medical students, as they find themselves confronted by an unimaginable menace: Nazi zombies.

Storyline
Several friends take to the mountains and shack-up in the wilderness of back-of-beyond to enjoy a little R & R together, their peace is soon interrupted by a mysterious old man, warning them of a local curse that during the German occupation of the local area that these Nazi invaders were brutal and harsh in their methods of control. Telling of the legend of the villager's revolt that drove them up into the cold, dark mountains where they perished, that is until rumour of their return in the form of zombies, evil Nazi zombies.

The character of Erlend wears a t-shirt prominently featuring the words "Brain Dead" in English. Erlend's demise at the hands of a zombie is exactly the same as the first zombie kill in the 2007 low-budget American film "Brain Dead" – the zombie gouges the victim's eyes and splits the skull in half.

Continuity:
When Vegard first begins searching for Sarah, as he is riding through the area there is one scene with visible sled tracks from previous takes.

Roy:
We should have gone to the beach like I told you.


I was lucky enough to be invited to see the Norwegian
Nazi-zombie-movie, Død snø , in a private screening in Os International
Film Festivalen in Norway. This film has the best tag line ever: Ein!
Zwei! Die! So my expectations were pretty high on this one!

The director Tommy Wirkola first got famous in Norway with a movie
called Kill Buljo: The Movie, which is a Norwegian parody of Kill Bill.
He now continues in the same comedy/homage/genre field and very
successfully I may add. The movie really is as good as it sounds and on
top of that it is actually unique. I really like Tommy Wirkolas ability
to combine homage with something new and interesting; not a very easy
thing to do folks!

Død snø is basically a teenager-slasher-horror-comedy with
Nazi-zombies. The storyline is pretty basic; it's about these teenagers
that go up to a cabin in the mountains in the middle of winter and get
ambushed by a punch of zombies. Yeah, you know the drill… But this one
really delivers, and all the clichés are used to benefit the film. You
can see a lot of influences from past genre movies and it is filled
with homage towards them. Everyone who likes these kinds of films will
have a blast at the movie theater; I laughed my ass off!