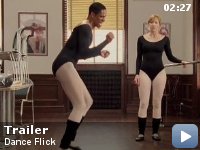 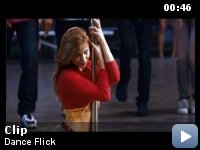 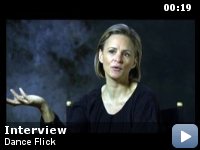 Street dancer Thomas Uncles is from the wrong side of the tracks, but his bond with the beautiful Megan White might help the duo realize their dreams as the enter in the mother of all dance battles.

Storyline
Street dancer Thomas Uncles is from the wrong side of the tracks, but his bond with the beautiful Megan White might help the duo realize their dreams as the enter in the mother of all dance battles.

The gasoline tanker truck has the logo of Chevron Corporation, one of the world's largest oil companies, but bears the name, in Chevron's font style, of "Cheney" rather than "Chevron" – a reference to Dick Cheney, 46th Vice-POTUS under President George W. Bush. From 1995-2000, before becoming Vice-President, Cheney was Chairman and CEO of Halliburton, the world's second-largest oilfield services corporation.

Continuity:
Charity's baby is played by at least 4 different babies.

A-Con:
All we need is D to do his signature move.

Thomas:
He can't. It's too dangerous.

A-Con:
Yo I don't care about that man D's gonna do it.

Thomas:
But he can break his neck and be crippled forever.

A-Con:
D don't care about that man, alright he's gonna take one for the team!

A-Con:
Yo man, he's doing the move and that's final. I want this!

Thomas:
Exactly YOU want this. Look man, there ain't I in team.

Dance Flick did not "step up" like it should have


With the recent disappointments that have been in the spoof movie
genre, we needed something fresh and funny, well we're not getting that
obviously. But ever since the Friedberg/Seltzer team has joined in the
"I can make a movie too" bandwagon, we were begging the Waynes Brothers
to come back. The last really funny spoof movies are the Scary Movie
series, they were clever and in our faces about the clichés in horror
movies. The past few years we have had a major thing with dance movies
like: Save the Last Dance, Step Up, Stomp the Yard, You Got Served,
Honey, etc. Leave it to the Wayanes Brothers to finally put this genre
in it's over clichéd and overused scripts in it's place. Unfortunately
Dance Flick did not meet my expectations, it was one of those movies
that used all the funny clips in the trailer. I can't even believe how
many problems there was with this movie, wither it's the editing,
acting, or direction, Dance Flick is a let down.

Megan is a former dancer who goes to a new school where everyone can
magically sing and dance. She meets some new friends like Tracy,
Charity and Thomas who is in a street dance gang. When Thomas and Megan
connect they must face their "impossible" dreams together. Trying to
"bring it", they work together to bring the ultimate dance group
together. They also must face the difficulty of having a inter-racial
relationship, as black women and white men passing them by, they try to
pretend their love isn't real. But will they put all aside to help
Thomas and his crew win the five grand to pay back his sponsor? Well,
if you've see the "dance flicks" of the past decade, you know how it
goes.

Now for some odd reason I did get a few laughs out of a stupid movie
like Meet the Spartans, but that was because I kept my expectations low
and knew what I was going into. With Dance Flick it was completely
different, I was really excited because we have a really funny team
working on the film. But they relied too much on the gross jokes,
instead of getting a laugh from them, they keep pushing on the gross
jokes too much on the audience and it just didn't work. The actors
seemed to force their comedy too much as well where they were just not
funny. The movie was also, like most spoof movies, was way too short as
well, the stories didn't make sense and were just too random. I'm sorry
to say that Dance Flick is just a bad movie, it has a couple giggles
here and there, but the audience was silent throughout most of the
film. I'd say to skip the movie, if you really want to see it, go for
the rental.

TagsDVD
Management
The Other Man