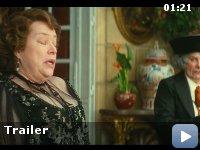 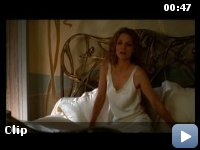 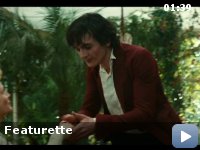 The son of a courtesan retreats into a fantasy world after being forced to end his relationship with the older woman who educated him in the ways of love.

Storyline
During France's belle époque before World War I, elegant cars, mansions, and servants defined the lives of les grandes horizontals, the courtesans of kings and millionaires. One of the most successful, Lea de Lonval, is approaching a certain age when an older associate, Charlotte Peloux, asks Lea to take on her 19 year old son, whom Lea has called Chéri since he was a child. They become lovers and, to their surprise, the relationship lasts six years. When it ends abruptly with a marriage his mother arranges to the daughter of another courtesan, Lea finds herself miserable. Has she fallen in love? If so, do she — and Chéri – have any choices?

Taglines:
Indulge in a wicked game of seduction.

Terrence McNally wrote the role of Frankie in the play "Frankie and Johnny in the Clair de Lune" especially for Kathy Bates. When it came to casting the role for the movie version
Frankie and Johnny, Bates lost the role to Michelle Pfeiffer, her co-star in this movie.

Miscellaneous:
In the closing credits, 'thanks' are given to France's national railway, the Societe National Chemin de Fer, known as the "SNCF". However the credits have the letters out of sequence, calling it the "SCNF".


You can't really tell as far as Stephen Frears is concerned. After the
sensational "The Queen" another film that is only slightly more
tolerable than the dreadful "Mrs Henderson Presents" Here Rupert Friend
in the title role is a delightful throwback to Oscar Wilde territory.
You understand Pfeiffer loosing her head for him but not why he looses
his for her. She's certainly beautiful but lifeless. She looks more
distant than ever, struggling to find the tone of her performance and
I'm afraid she never does. Not a glimpse of the Pfeiffer from "The Age
Of Innocence" or even "The Fabulous Baker Boys" No sense of period or
of intention. Kathy Bates is an annoying over the top caricature but
Ruper Friend is the oasis that makes the aridity of this nonsense truly
bearable. I had seen him before, most remarkably, in another story with
another older woman, Joan Plowright in "Mrs Palfrey At The Claremont"
He is an actor with, clearly, a few aces up his sleeve and I bet he
will dazzle us with other surprises in the future. Here he's badly
served by his director, co-stars costume designer, make up and hair and
in spite of that he emerges as the only reason to see this film.