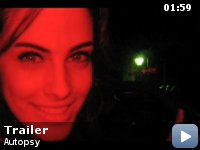 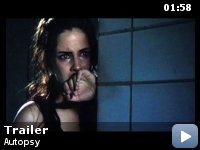 A young woman tries to find her injured boyfriend in a bizzare and dangerous hospital.

Storyline
In Louisiana, while driving on the State Route 53, Emily has a car accident. Her boyfriend Bobby and their friends Clare, Dmitriy and Jude find that she had hit a stranger. When they see an ambulance on the road, they ask for help and the attendants bring them to the Mercy Hospital. The nurse Marian asks Bobby to go to the exam room. When Emily tries to get information about her boyfriend, she meets Dr. David Benway that tells her the Bobby is all right. But sooner Emily unravels a dark city about Dr. Benway and his team.

Factual errors:
When the girl answers the phone at the nurse station, she does not depress the lighted line button. This was necessary on these types of phones. As it sat with no line depressed, she would have had no connection.

A decent effort, with good and bad points


I can't say I had much hope for this one and I must confess I mainly
watched it thinking it might be amusingly bad. More fool me, for this
is in many respects quite a gnarly film. The duo behind it, Adam
Gierasch and Jace Anderson had previously worked on scripts for movies
which didn't impress me much, but in the directors chair, Gierasch does
very well, keeping a dark, edgy mood for much of the first half of the
film and letting things go nuts in the latter. The story sees some
young adults who have a road accident and land up in a freaky hospital,
where as one might expect, things go very wrong. For b picture veteran
Robert Patrick plays the head doctor and Jenette Goldstein is the head
nurse, and anyone familiar with the former from such roles as T1000 in
Terminator 2 or the latter as Diamondback from the great Near Dark can
tell that this ain't no ordinary hospital. Without going into details,
things get very nasty. There's grue and some sinister sights right from
the get go, enhanced by the creepy setting and some Argento style
lighting and direction tricks. Then things get pretty savage and there
are some good tense moments as well as some pretty mean goings on. In
theory this could have been really mighty but it's held back by the
writing and characterisation. None of the good characters are very
fleshed out or sympathetic beyond their plight, so whilst the actors do
their best its hard to care about them. Plus the bad characters are
caricatured and bar Jenette Goldstein's convincingly bossy, imperious
nurse not too interesting. Robert Patrick's doctor could have been a
great mad scientist (named Dr Benway in a cool Naked Lunch reference)
but while his motive is clear, its never explained why the specific
things he does will help him achieve his goal. Hence a lot of the time
it seems like the gore scenes have no point beyond shocking the
audience and this gets kinda obnoxious. Also, the tone wavers between
sheer grimness and sick humour but the mixture is too much in favor of
the grim for the humour to leave more than a bad taste and work against
the overall effectiveness of the film. There are some funny lines but
they don't work with the mean spiritedness. These issues come to the
fore in the second half, which largely abandons the earlier chills in
favor of going for brutality and by the end much of the entertainment
value has seeped away. I don't have a total downer on this film, since
it is impressively nasty, with ace gore effects and it is on the whole
well directed. I'd recommend it to gore hounds and to an extent to fans
of the aforementioned genre stars. Its as gruesome as any of the recent
crop of Hostel/Saw type titles but I craved better characters and a
more developed story, especially since the story and setting had tons
of potential. Still, don't let me put you off, it went down a treat at
the screening I saw so watch it if it seems like your kind of thing.