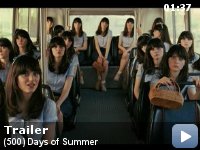 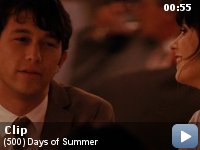 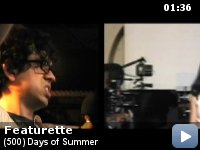 An offbeat romantic comedy about a woman who doesn't believe true love exists, and the young man who falls for her.

Storyline
After it looks as if she's left his life for good this time, Tom Hansen reflects back on the just over one year that he knew Summer Finn. Despite being physically average in almost every respect, Summer had always attracted the attention of men, Tom included. For Tom, it was love at first sight when she walked into the greeting card company where he worked, she the new administrative assistant. Soon, Tom knew that Summer was the woman with whom he wanted to spend the rest of his life. Although Summer did not believe in relationships or boyfriends – in her assertion, real life will always ultimately get in the way – Tom and Summer became more than just friends. Through the trials and tribulations of Tom and Summer's so-called relationship, Tom could always count on the advice of his two best friends, McKenzie and Paul. However, it is Tom's adolescent sister, Rachel, who is his voice of reason…

The cover of Steven Patrick Morrissey's debut album, 'Viva Hate,' can be seen in both Tom and Summer's childhood rooms.

Continuity:
When Tom is drawing the buildings on Summer's arm the first few lines he draws from one angle are clearly not there when we see the finished picture from another angle.

Tom:
I HATE THIS SONG!

Bus Driver:
[Open to Tom standing while bus comes to a sudden stop]
Son, you need to get off the bus.


I haven't seen a romance this touching since I was the same type of
single sad sack as depicted by the hero of (500) Days of Summer.

Tom (Joseph Gordon-Levitt) has his radar up for "the girl of his
dreams" when he meets Summer (Zooey Deschanel). Too bad for Tom Summer
is stuck on friends-with-benefits mode. Let the tension begin.

Director Marc Webb captures the feeling of innocent, naïve love
expertly. Anyone who has taken the lyrics of the Smiths too closely to
heart, would be moved by the idea of the person they are crushing on
sing to them: "To die by your side/is such a heavenly way to die." No
wonder Tom soon falls head over heels for this girl.

As events unfold out of sequence, you know all along Tom has fallen for
a time bomb of a woman, and he can't even see the countdown. When that
bomb finally blows up in his face, it unfolds with powerful
simplicity– no exposition or dialog, just two juxtaposed events that
capture the heartache of reality hitting a person who sees a person
through the filter of some deep-seeded emotions that where planted at
too young an age.

So many romantic films nowadays concern themselves with cute ideas,
take 'He's Just Not That Into You' or 'Serendipity' for example. Then
there are movies like 'Knocked Up' where a pot-smoking, video-gaming
playing narcissistic slob tries to turn his life around to try and be a
father. These movies forget about real people. Who cares about stock or
cartoonish characters in love. The couple in (500) Days of Summer have
true chemistry. There are some beautiful, subtle moments of tenderness
as well some heart-rending moments of disconnectedness between the two
that never comes across as heavy-handed. The movie constantly reminds
you that these are two different people with different ideas of a
relationship, yet they stubbornly continue their dating, and they
remain lovable all the same.

An omniscient narrator sets the film up early on by noting "this is not
a love story," but few films ever capture the sensation of falling in
love as well as this movie does.