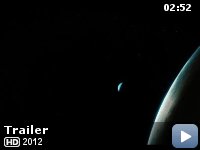 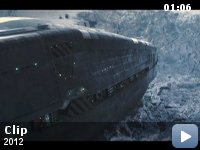 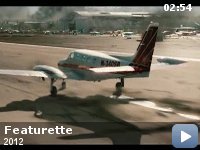 An epic adventure about a global cataclysm that brings an end to the world and tells of the heroic struggle of the survivors.

Storyline
Dr. Adrian Helmsley, part of a worldwide geophysical team investigating the effect on the earth of radiation from unprecedented solar storms, learns that the earth's core is heating up. He warns U.S. President Thomas Wilson that the crust of the earth is becoming unstable and that without proper preparations for saving a fraction of the world's population, the entire race is doomed. Meanwhile, writer Jackson Curtis stumbles on the same information. While the world's leaders race to build "arks" to escape the impending cataclysm, Curtis struggles to find a way to save his family. Meanwhile, volcanic eruptions and earthquakes of unprecedented strength wreak havoc around the world.

The title refers to the end-date of the current (13th) b'ak'tun of the Long Count calendar, used by the Mayan Meso-American civilization. In their creation myth, we live in the fourth "attempt" at creating the world, while the third attempt was dismissed as a failure after its own 13th b'ak'tun. Though Mayan documents contain no such information, popular culture and certain religions predict an apocalyptic event at this date. It is popularly misunderstood that the calendar "ends" on this date, however the Long Count calendar can express dates from approximately 3000BC (their date for the creation of the current world) to approximately 40 octillion years in the future. It is almost impossible to express this date in a mortally comprehensible fashion.

Professor West:
The equalization of the oceanic seabeds has not turned out to be as extreme as we expected. The waters are receding much faster than we thought, thank God. And this is hard to believe, the Himalayas are no longer the roof of the world. It's now the Drakensberg mountains of KwaZulu-Natal.

Captain Michaels:
That's why they call it the Cape of Good Hope. We've already set course for it.

This film had so much potential. What went wrong?


They had all the money, actors and special effects they needed so how
did they manage to screw this one up? Obviously they thought exiting
moments were more important than developing deeper characters and
that's why this story that had great potential stayed so shallow. The
dialog was always cheesy and none of the 'hero's' in this film really
showed any real emotions nor did they give any of those speeches that
give the audience goose bumps. Another thing that really bothered me
was that so much was almost going wrong the whole time. Every second of
the film had a 'close call' which made the film seem totally
unrealistic. Examples are planes taking off just before the runway
collapses or driving just fast enough to not get hit by an explosion.
This can be very cool if it doesn't happen 100% of the time and I have
never seen a movie abusing this way of creating excitement to this
extent. So to sum up: If you feel like turning your brain off and
watching special effects and big explosions with a very shallow
storyline then this movie is for you. But if you feel like watching a
movie with a bit of depth then go and see something else.

TagsCanada
The Boys Are Back
The Yellow Handkerchief