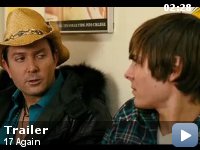 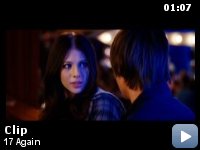 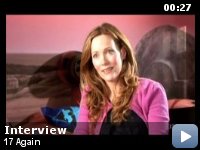 About a guy whose life didn't quite turn out how he wanted it to and wishes he could go back to high school and change it. He wakes up one day and is seventeen again and gets the chance to rewrite his life.

Storyline
At 17 Mike O'Donnell is on top of the world: he's the star of his high school basketball team, is a shoo-in for a college scholarship, and is dating his soul-mate, Scarlet. But at what's supposed to be his big game where a college scout is checking him out, Scarlet reveals that she's pregnant. Mike decides to leave the game and asks Scarlet to marry him, which she does. During their marriage, Mike can only whine about the life he lost because he married her, so she throws him out. When he also loses his job, he returns to the only place he's happy at, his old high school. While looking at his high school photo, a janitor asks him if he wishes he could be 17 again and he says yes. One night while driving he sees the janitor on a bridge ready to jump, and goes after him. When he returns to his friend Ned's house, where he has been staying, he sees that he is 17 again. He decides to take this opportunity to get the life he lost.

Taglines:
Back to High School

Shipped to theaters under the code name "Rewind".

Continuity:
When 17 year old Mike and Alex are walking towards the table in the cafeteria, Mike has his glasses hanging from the top of his shirt, but when he sits down it has gone.

Ned Freedman:
I got you a little present. Don't worry about the cost.


As we've seen many movies like this before: Big, 13 Going on 30, and
Freaky Friday, we always love to see the retelling of the old classic
story of the switching age. Since the story has been used so much, a
director can only do so much to just do the best they can with, Burr
Steers pulls 17 Again out with great laughs and good fun. I'm going to
get this out, I am one of the rare girls that just doesn't get the
whole Zac Efron heart throb thing, I agree that he's cute, but with
mainly High School Musical only being his claim to fame other than
Hairspray, he is adorable, but can he act? Surprisingly… he can. I
can't believe I'm saying this, he was actually a good strong lead role
and a perfect fit, he has charisma, he's funny, charming and makes this
story worth your time and money.

In 1989, Michael O'Donnell was a star athlete with a full college
scholarship imminent. He seemingly had it all, when, right before the
championship game, his girlfriend Scarlett informed him she was
pregnant. In that moment, he made the decision to throw everything away
and proposed to her. Twenty years later, Mike's life isn't exactly what
he expected it to be. Scarlett wants a divorce from him, forcing him to
move in with his geeky millionaire best friend Ned, his job is going
nowhere, and his kids Maggie and Alex want nothing to do with him.
While paying a visit to Hayden High School to reminisce about the life
he threw away, he encounters a strange beardy janitor, who I still
swear is Bob Haskins. On the way home, is magically transformed back
into his 17-year old self. With Ned posing as his father, he re-enrolls
in high school, believing he has been given the chance to have his life
over again, "but to do it right". However, he then discovers that his
daughter is dating the basketball captain Stan, who is bullying his
son. He realizes that his real mission is to help his children as well
as finding out that maybe his decision wasn't the worst he ever made in
his life.

We go a little Back to the Future-esquire when we get on the creepy
level of Michelle Trachtenberg having a crush on Zac Efron who is her
father, just that she can't recognize him, it's understanding, but
still makes you squirm, but the director and actors pulled the scene
off pretty well with getting out of that yucky situation. There is one
continuity error: if Mike and his girl got pregnant at the age of 17…
20 years later, yet both their kids are still in high school, the
oldest child would only be a maximum of 18. A plot hole: seriously,
besides the wife, no one at all recognizes Mike? But I'm over thinking
the movie too much at this point, it's just a fun movie with decent
performances, I just need to let go of silly mistakes. So I would
recommend this movie if you get the chance to see it, but I'd say more
of a matinée vs. a full price ticket, it has some good laughs and was a
great update of the "What if you could go back?" story.