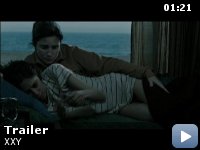 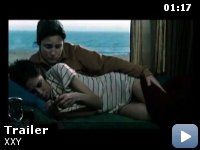 This is the dramatic story of a intersexed 15-year-old. She lives with her parents, who have to cope with the challenges of her medical condition.

Storyline
This is the dramatic story of a intersexed 15-year-old. She lives with her parents, who have to cope with the challenges of her medical condition.

On September 27, 2007, XXY was chosen to represent Argentina at the Oscars, for the Best Foreign Language Film category. In a rare sweep, it was also chosen to represent Argentina at Spain's Goya Awards, for Best Foreign Film in Spanish. The tradition has been for two separate films to be sent to one of the awards each. The runner-up this year, in both cases, was
La señal, also starring (and co-directed by) Ricardo Darín.

Revealing mistakes:
In the scene that Alex, Alvaro and Vando are smoking and drinking by the fire, you can see that Alex isn't actually smoking as no smoke comes out of his mouth. He doesn't even open his mouth after one of the puffs.

Alex:
The turtle will live but never be free.

Daring, ambiguous and hard to forget


First there was Sofia Coppola, who made her directorial debut with the
all but safe Virgin Suicides. Now Lucìa Puenzo, another in-bred
filmmaker (her father is one of Argentina's most famous directors), has
chosen an even more uncomfortable subject for her first steps behind
the camera, and the result is a beautiful, bold and oddly touching
picture.


Much of the movie's power derives from the astounding central
performance by Inés Efron, who plays the troubled Alex, a 15-year old
girl living in a village by the sea in Uruguay. It was her father,
marine biologist Kraken (Ricardo Darìn) who decided to move there from
Buenos Aires, and for a good reason: his daughter suffers from a rare
and frankly embarrassing medical condition, the nature of which is
hinted at in the title. It has already caused her to break her best
friend's nose, and more problems will come as the family receives an
unexpected visit from a surgeon and his young son Alvaro, with whom
Alex embarks on an awkward relationship.

XXY tackles a delicate issue with great care, allowing both sides to
speak their mind (although the movie isn't really about taking sides)
and addressing the problem without trivializing it. Most surprisingly,
it doesn't get as explicit as other films with similar themes (Boys
Don't Cry comes to mind), except for the wonderfully shocking climax
(in every sense) of one of Alex's encounters with Alvaro. It's a scene
of unexpected poignancy, especially considering the contrast between
the brutality of that moment and Alex's visible vulnerability. Therein
lies the movie's core: it is not a traditional teen story, nor is it a
conventional issue picture; at its center we have a person who is
seemingly unable to accept herself, as well as her complex bonds with
other people.

It is those connections that the director analyzes with startling
precision in the second half, with particular attention to the way the
two kids relate with their fathers (close-ups are very important here,
as the devastated looks on the great actors' faces act as a
counterbalance to the seductive landscape). And there lies the biggest
shock: Alex and Kraken, despite the difficulties they're going through,
manage to get closer, while Alvaro's apparently perfect life is
shattered in a brief, bleak lesson of cynicism from his old man. As a
matter of fact, that might be too much: that scene is just a little too
cold, too cruel to really feel at home in the picture. However, the
rest of XXY holds up in an almost perfect way, with its strong story,
affecting cast and an open ending which, despite being frustrating at
first, makes perfect sense: this kind of story cannot really end.

TagsUruguay
Then She Found Me
Battle in Seattle