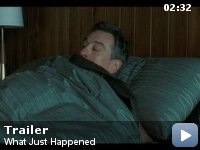 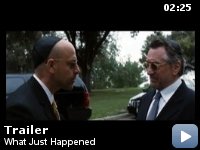 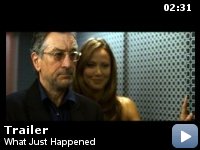 Two weeks in the life of a fading Hollywood producer who's having a rough time trying to get his new picture made.

Storyline
A week in the life of Ben, a powerful Hollywood producer, as he juggles negotiations with a studio head so that his newest picture can open at Cannes in two weeks, with a high-strung director who must make edits to the film, with an actor and his agent because the star has arrived on the set of a new picture with a full beard, and with his most recent ex-wife, Kelly, whom he discovers may have a lover. He also notices that his 17-year old daughter, from another marriage, has probably been crying. What's up? Can Ben keep it all together, get the green light from the studio to go to Cannes, move his new picture past the beard crisis, and maybe return to Kelly's good graces?

The subplot involving Bruce Willis refusing to shave his beard for a movie is based on a real life incident writer/producer Art Linson had with Alec Baldwin on the set of
The Edge.

Ben:
Vanity Fair named me as one of the 30 most powerful producers in the business. Power is an elusive term, but in Hollywood it's everything, I don't care what they say, you either have it, want it, or you're afraid of losing it. Where you stand at these things, or who you may be standing next to, may not seem like the most important thing, but it *really* matters.


Art Linson's memoirs are a reminder of what a sad place Hollywood
really is. We got closer and more original glimpses in films that go
from Wilder's "Sunset Boulevard" to Altman's "The Player". Bernard
Rose's "Ivansextc" also comes to mind not to mention Blake Edwards's
SOB. Here the prototypes are well known even by people who have nothing
to do with the film industry so one gets a bit impatient waiting for
this fresh look from a prominent, still active, Hollywood producer. No
such luck but there are other elements that make the film fun to watch
if nothing else. To see Robert De Niro play "a character" that it's not
in any way a semi parody of the films that made him famous is a welcome
surprise in itself. Barry Levinson shows that he's as sharp as ever and
the rhythms that he finds to tell the story keeps the tired tale not
only alive but almost gripping.

TagsUSA
Winter in Wartime
Rise of the Footsoldier