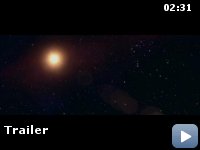 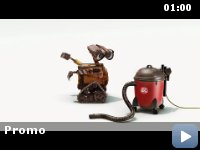 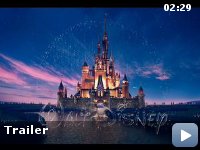 In the distant future, a small waste collecting robot inadvertently embarks on a space journey that will ultimately decide the fate of mankind.

Storyline
In a distant, but not so unrealistic future, where mankind has abandoned earth because it has become covered with trash from products sold by the powerful multi-national Buy N Large corporation, WALL-E, a garbage collecting robot has been left to clean up the mess. Mesmerized with trinkets of Earth's history and show tunes, WALL-E is alone on Earth except for a sprightly pet cockroach. One day, EVE, a sleek (and dangerous) reconnaissance robot, is sent to Earth to find proof that life is once again sustainable. WALL-E falls in love with EVE. WALL-E rescues EVE from a dust storm and shows her a living plant he found amongst the rubble. Consistent with her "directive" EVE takes the plant and automatically enters a deactivated state except for a blinking green beacon. WALL-E, doesn't understand what has happened to his new friend, but true to his love, he protects her from wind…

Taglines:
After 700 years of doing what he was built for – he'll discover what he's meant for.

Producer Jim Morris invited leading special effects artist Dennis Muren and cinematographer Roger Deakins to advise on lighting and atmosphere. Muren actually ended up spending several months working at Pixar, while Deakins – who was only supposed to host one talk – ended up staying for two weeks.

Continuity:
The waste cube that Wall-E produces during his introduction to EVE is gone in the following shots.

Voice in commercial:
Too much garbage in your face? There's plenty of space out in space! BnL StarLiners leaving each day. We'll clean up the mess while you're away.

Who says popular films can't be art? "WALL·E" is magical


Who says popular films are not and cannot be art? If anything is proof
that popular films can be of a stunningly high quality, the beauty of
the animation, writing, music, and sound design in "WALL·E" is it.
"WALL·E" eclipses even Andrew Stanton's "Toy Story" and "Toy Story 2"
in the Pixar pantheon, is perhaps Pixar's best film to date and, call
me crazy as I've just seen it, a contender for the title of best
animated film, period.

"WALL·E" is everything we've come to expect from Pixar and more-
colorful, vibrant, imaginative, exciting, involving, beautiful, and
most importantly a film with interesting, involving characters. Sure,
WALL·E is adorable, and as much credit as the animators get for that,
this film would be nothing without Stanton's screenplay, which features
very little dialogue but is still notably intelligent and surprisingly
subtle, making a refreshing change from the 'go green' campaigns we're
all so used to. Does "WALL·E" have a message? Sure, but it's an
important message and it is delivered subtly and beautifully.

"WALL·E" operates on two levels (and works spectacularly well on both).
It is a majestic science fiction epic like we haven't seen in a couple
of decades and it is a genuinely touching and never cheap romance.
"WALL·E" will never get points for originality but it doesn't exactly
need them because the homages to great films and figures of the past-
Chaplin, Keaton, Tati, the Marx Brothers, "2001: A Space Odyssey" (this
one is particularly spectacular), "Close Encounters of the Third Kind"
are actually homages and not ripoffs. "WALL·E" is a wonderful tribute
to a bygone cinematic tradition (well, two or three of them actually).

The social commentary in "WALL·E" is sobering because it's never
overbearing and most importantly because we see the world through
machines, machines who feel more about Earth and life than the humans
do. The depiction of humans on the ship could have been incredibly
offensive, cheap, and tasteless in concept but the execution here is
absolutely perfect.

What is most surprising about "WALL·E" is how sad it is. Not even in
the 'how will they get out of this, oh I feel so sorry for them' way
"Finding Nemo", a previous Stanton effort, is, but in a truly
melancholy sense. The early portion of the film maintains all the
playfulness of a Jacques Tati film but also evokes a striking and
powerful feeling of loneliness. It's a brilliant introduction to
WALL·E, given that the rest of the film is too wacky to bother with
long scenes focused entirely on character, and works beautifully with
the ugly yet beautifully-rendered future Earth, a barren wasteland
filled with nothing but garbage, a seriously resilient cockroach being
WALL·E's only companion before EVE shows up, but I won't go into the
story- it's best you see it unfold for yourself.

From the entertaining shorts shown before the film to the memorable
characters, locations, and animation we have come to expect, Pixar
films are now event cinema, and they have outdone themselves with
"WALL·E". This film is spectacular, majestic, touching, involving, and
achingly beautiful. Most importantly, however, it is perfect
entertainment. I may be saying this too soon, but I don't think I have
ever seen an animated film that has satisfied me more than "WALL·E",
and 2008 is going to have to work hard to keep this from being the top
film of the year, which it most certainly is at the moment.