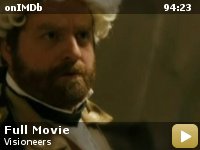 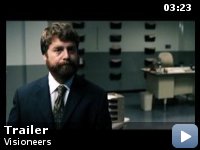 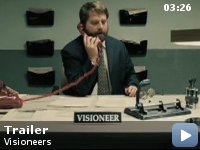 When people begin exploding from stress, George Washington Winsterhammerman tries to ignore the epidemic and live his usual life, but then he suffers his first symptom.

Storyline
The Jeffers Corporation is a world success, endorsed by the U.S. President, pitching productivity and happy talk. George is a third level employee, supervising three or four others. Around the world, people are exploding as the stress of denying feelings takes its toll. The Jeffers' response: mind control. George and his wife are miserable: he's impotent with occasional fits of infantile pique. She's reading a book on happiness, trying everything. His brother, released from prison, starts of freedom-of-expression movement in George's backyard. Plus there's Charisma, a woman from Level Four who sends him paperwork – with smiley faces. Can George connect?

George's house in the movie is Jared Drake (Director) and Brandon Drake's (Writer) parent's house. In an effort to get the movie made under any budget, the brothers chose many locations that they knew they could use for free.

narrator:
Welcome to the Jeffers Corporation, the largest and friendliest and most profitable corporation in the history of mankind.


A Jeffers salute to all of you! Visioneers opens with a stale, lifeless
office environment on the 3rd level of the Jeffers corporation, which
is the "friendliest and most profitable corporation" ever. The story
follow George Washington Winsterhammerman (Zach G.) as he floats
through his day-to-day life without any real passion, all the while
trying to avoid "exploding," which the world around him continually
claims to be able to prevent by following various self-help books,
buying the latest gadget or toy, and staying productive; basically, not
truly living in any real sense. None of this stuff truly works for
George; he has dreams, but he is afraid to follow them, because he is
lead to believe that if he does he will definitely explode.


The almost-too-subtle tone and style of the film can be hard to
interpret at times, especially if you're trying too hard to understand
it, but I believe it suits the film well and allows for a truly
contemplative cinematic experience. I don't believe the film carries
any one particular agenda, although it takes several shots at America
and capitalism in general, there are also a couple of scenes that show
the "hippie" response to that way of life and how it is also flawed in
many ways. There are so many underlying themes and messages about life
at the heart of this film that it is impossible to list them all here,
and I don't know if I even could, because I probably missed a few of
them the first couple of times I watched it. Turn the negative, cynical
and egotistical part of your brain off before you sit down to watch
Visioneers and you will truly appreciate the message of the film. Yes,
it has a few flaws here and there, and may also seem preachy and
pretentious at times, but that could very well have been intentional;
meant to convey the message of the film in a different way.

It wrestles with what it truly means to be alive! I won't spoil the
conclusion for anyone, because if you truly grasp it while watching it,
there is so much more to be had from it. Go ahead and make some
popcorn, grab a soda and your loved one (or a buddy) and really dive
into this film. It may just change your life.