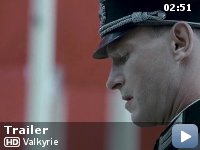 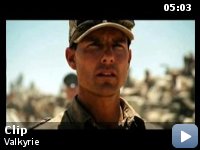 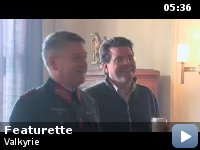 Based on actual events, a plot to assassinate Hitler is unfurled during the height of WWII.

Storyline
In Nazi Germany during World War II, as the tide turned in favor of The Allies, a cadre of senior German officers and politicians desperately plot to topple the Nazi regime before the nation is crushed in a near-inevitable defeat. To this end, Colonel Claus von Stauffenberg, an Army officer convinced he must save Germany from Hitler, is recruited to mastermind a real plan. To do so, he arranges for the internal emergency measure, Operation: Valkyrie, to be changed to enable his fellows to seize control of Berlin after the assassination of the Fuhrer. However, even as the plan is put into action, a combination of bad luck and human failings conspire on their own to create a tragedy that would prolong the greater one gripping Europe.

Taglines:
Many saw evil. They dared to stop it.

Continuity:
When Claus Schenk Graf von Stauffenberg and Haeften arrive at the Wolf's Lair on July 15th, Haeften can be seen descending from the car twice.

soldiers in unison:
I swear by God this sacred oath: That I shall render unconditional obedience to Adolf Hitler, Fuhrer of the German Reich and people, Supreme Commander of the Armed Forces, and that I shall at all times be ready, as a brave soldier, to give my life for this oath.


First, I want to say that some time ago I learned to distrust critics
and instead read the reviews here on IMDb. I've never been misled, even
when an equal number of viewers liked and disliked the same movie
because that let me know there was a matter of taste in play, and
that's fine. Sometimes a movie pleases everyone, but that's so rare I
cant really think of one. People have different tastes and that's good.
But the value of IMDb reviews is that they are based on a genuine
response to the movie – not a bias, or some other agenda.


For example, the Fox critic Roger Friedman listed this movie as one of
the worst of 2008 – without having seen the movie. That's right. He
rated it without seeing it. It was a classic and reprehensible case of
bias and perhaps even bigotry since he was engaging in Tom Cruise
bashing which is usually practiced in conjunction with dissing Tom's
religion.

So I don't trust critics to tell the truth or give an unbiased review.

I saw Valkyrie and enjoyed it immensely. I've studied the Hitler period
and was familiar with most of the events but the movie educated me
while it thrilled and entertained me. It is a movie I was happy to take
my teen-aged children to see because it also educated and entertained
them. I thought the cast did a great job. The script was outstanding
and the direction excellent. Tom Cruise gave a dimension to Von
Stauffenberg that deepened my understanding of the events. The
supporting cast were brilliant.

I highly recommend it.