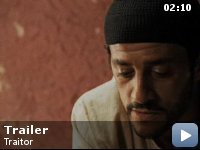 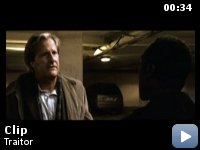 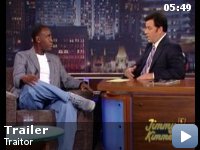 When straight arrow FBI agent Roy Clayton heads up the investigation into a dangerous international conspiracy, all clues seem to lead back to former U.S. Special Operations officer, Samir Horn.

Storyline
Samir Horn is a former soldier, a devout Muslim, and U.S. citizen in the Middle East selling bomb detonators to Islamic radicals. He joins their cause as both the FBI and a rogue CIA agent track him. Horn escapes a Yemeni prison, goes underground in France where he proves his abilities, and is sent to the United States to choreograph a simultaneous and multiple terror attack. Will the intelligence agencies talk to each other, and can Horn be stopped?

Taglines:
The only person he can trust is himself.

Alyy Khan who plays the Pakistani Fareed Mansour, previously portrayed Omar Sheik in
A Mighty Heart, a real-life character upon whom the character Omar in this film, played by Saïd Taghmaoui, is loosely based.

Revealing mistakes:
During the scenes in Yemen, soldiers and terrorists are not talking in Yemen accent, instead most of them are talking in (Moroccan) accent. In other scenes they switch from classic Arabic dialect to Moroccan accent again.

Nathir:
In chess and in war the key to winning is to anticipate what your opponent will do in advance. Think two moves ahead. The art of asymmetrical warfare is less about inflicting damage than provoking a response. Terrorism is theater. And theater is always performed for an audience. Ours is the American people. But they are dispersed across a large country. The question is how to convince them that nowhere is safe.

Drama/Action -Not a Bourne Rip off- Very Good-


When I first saw the previews, I was expecting a bourne supremacy/bond
film with whoooohoooooo action that makes you say "kill, kill, kill"
and gets you all worked up. But this film is more drama/realistic and
made me actually think about life instead of tuning it out. The action
parts are very satisfying. Don Cheadle was great. If you are expecting
something along the lines of The Marine, you will probably be
disappointed. It is a little more mature than that. The movie surprised
me in its creativity/originality with certain scenes. overall, it is a
drama/thriller/action/spy that I found very satisfying. some people on
IMDb were complaining that it was slow, which it was, but don't take
that to mean that the film is bad. the movie is just more of a drama
film than action at times. Go see it!!!

TagsCIAFBIFranceUSA
The House Bunny
The Promotion