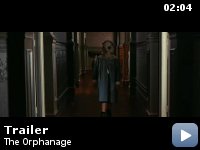 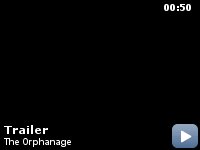 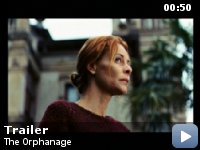 A woman brings her family back to her childhood home, where she opens an orphanage for handicapped children. Before long, her son starts to communicate with an invisible new friend.

Storyline
Laura, a former orphan, raises her adopted son Simón together with her husband Carlos in an old house and former orphanage where she was raised. While at the orphanage Simón tells Laura that he has five invisible friends which she believes are a product of his active imagination. Laura decides to reopen the orphanage to cater for disabled children and throws a party. During the party Simón tries to persuade Laura to go and take a look at his friends cabin but she's too busy. Later on she sees a mysterious masked boy and realizes that Simón has also disappeared. Laura feels the presence of other people in the house and months later Laura invites a team of parapsychologists to try to unravel the mystery.

Errors made by characters (possibly deliberate errors by the filmmakers):
Pilar describes the old cine film that Laura views as 8mm, but when we see the projector, the film is actually 16mm.


Let me begin by saying I DON'T like horror movies. I don't enjoy
jumping in my seat. I don't like being afraid of the dark for the next
2 days, and I usually HATE Spanish movies. So usually I only see the
big horror classics, and that is because I've read enough spoilers to
confront the movie in a laid-back way.


Having said this, I was dragged to see this movie against my will. And
I was right! I have never, EVER, been more uneasy, uncomfortable on any
movie, from the Exorcist to the Prophecy, from Psycho to Halloween. The
story seems obvious; the cliché-horror themes are there, and while I
saw them coming, I was comfortable enough. But then comes the movie,
the script, the score, the acting, all in perfect harmony… and you
jump, and you chill and you shout and you wish you had never entered
that dammed cinema.

It is good. It is great.It is moving and horrifying. It does not need
CGI, sound effects or unreal characters. Its there. Its real. Its
haunting. It WILL be a classic.