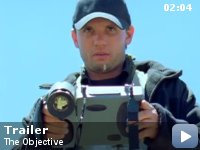 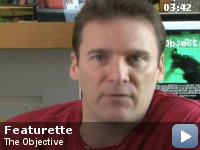 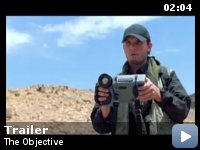 A group of Special Ops Reservists on a mission in the harsh and hostile terrain of Afghanistan find themselves lost in a Middle Eastern "Bermuda Triangle" of ancient evil.

Storyline
A group of Special Ops Reservists on a mission in the harsh and hostile terrain of Afghanistan find themselves lost in a Middle Eastern "Bermuda Triangle" of ancient evil.

Girl with the Woman

Taglines:
20 Years Ago The U.S. Government Witnessed a Phenomena They Dared Not Explain

The IR Camera that Ben uses has the same settings (.95/20/0 degrees C), day or night wherever and whenever it was used because the on-loan IR camera was dropped and broke during the filming. Then IR footage was created using video effects to resemble actual IR camera footage. (According to director Daniel Myrick).

The Objective – Plot About Djinn

Many people don't get what the supernatural events were about in this
movie. It is normal because it contains elements of common themes of
ghosts and ufo. However, it deals with neither. Many of the events of
the film makes sense if you understand occult lore of the Middle East
surrounding creatures known as the Djinn.


Forget about the Aladdin version of the Djinn. Mythological and occult
lore of the Djinn is entirely different. Djinn are said to be of fire
that doesn't burn. That is an ancient reference to electricity or
magnetism. The word jinn in Arabic has the linguistic meaning of
'invisible' and it also shares the same linguistic root as the word
'mad'.

Let's take a closer look at the movie…

1) The man in the cave is actually a sorcerer. The beings he was
communicating with are the djinn. They are invisible to the naked eye,
but they registered on the solider's equipment. He provided them water
that turned into sand. Djinn in ancient lore are able to materialize
things ranging from food to gemstones. However, they eventually turn to
dust.

2) Evil tribes of the djinn such as the Beni Ghilan (followers of
al-Ghoul) are believed to consume dead human flesh.

3) Ancient records detailing djinn materialization talk about strange
sounds like 'buzzing bees' before they appear. In this movie, it is the
buzzing sound of a chopper.

4) Magnetic phenomena….there is a little known Arabic text called the
Green Island dating back to medieval morocco. This book talks about a
man who was kidnapped by the djinn and taken to a magical island. He
was returned to his village many years later. He left behind a
make-shift map trying to point out where this magical island was.
Modern researchers of the story tried to correlate the map with modern
geographic data. They discovered that the instructions placed it
somewhere in the middle of the Bermuda triangle. The mountain range
appears to be another secret home of the djinn and thus seem to reflect
strange magnetic phenomena.

5) Weird lights…the same old occult texts when discussing djinn
manifestation refer to lights that suddenly appear and shine upon the
sorcerer from which emerge strange figures (the djinn).

6) Ending….djinn are reported to have strong telepathic abilities and
to be very secretive of their reality. The film's ending is about a man
whose brain was scrambled by the djinn after being touched on the
forehead by one of them. He got too close and he was neutralized and
left behind as an example…

I don't claim to know exactly what the script writer intended with all
of those references. I am making an educated guess here based on the
similarities (coincidental or intended) between the events of the movie
and the ancient mythological narrative.

Check out books such 'Book of Deadly Names' for more info on the djinn.