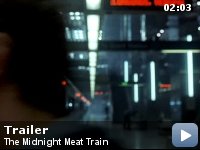 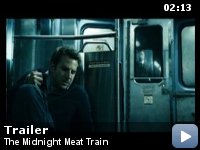 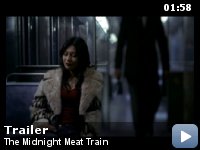 A New York photographer hunts down a serial killer.

Storyline
The photographer Leon lives with his girlfriend and waitress Maya waiting for a chance to get in the photo business. When Maya contacts their friend Jurgis, he schedules a meeting for Leon with the successful owner of arts gallery Susan Hoff; she analyzes Leon's work and asks him to improve the quality of his photos. During the night, the upset Leon decides to wander on the streets taking pictures with his camera, and he follows three punks down to the subway station; when the gang attacks a young woman, Leon defends her and the guys move on. On the next morning, Leon discovers that the woman is missing. He goes to the police station, but Detective Lynn Hadley does not give much attention to him and discredits his statement. Leon becomes obsessed to find what happened with the stranger and he watches the subway station. When he sees the elegant butcher Mahogany in the train, Leon believes he might be a murderer and stalks him everywhere…

Taglines:
The most terrifying ride you'll ever take

'Patrick Tatopoulos (I)' was once attached to direct this film.

Crew or equipment visible:
When Maya is searching through Mahogany's bathroom, at one point the white t-shirt of a crew member is visible in the mirror.

Driver:
I envy you.

One of the best adaptations of Clive Barker's stories


Clive Barker's more sanguinary inclinations are paid tribute here
through a hulking golem, a malevolent meat merchant in his dapper best,
named Mahogany (Vinnie Jones) who smashes, eviscerates and cleaves
through unsuspecting commuters on the last train home. Adapted from
Barker's seminal anthology, "Books of Blood", the similarly named "The
Midnight Meat Train" is more than just an opportunity for some
sophomoric snickering over its title but one of Barker's most revered
short stories about a supernatural serial killer that ekes out
fascination, fear and obsession from a lone photographer, Leon Kaufman
(Bradley Cooper) stumbling upon the butcher's late night deliveries.

Director Ryuhei Kitamura (of "Versus" and "Azumi" fame) offers up one
of the year's most brutally alluring gore fests in his American debut.
With the gritty and detailed hard-edge of early 70s horror films (why,
hello there Lucio Fulci!), his flair for CGI augmented visuals and the
intense seduction of experimental camera-work in a cinematic
environment so increasingly sanitised of actual visceral terror,
Kitamura refreshes the genre's ability to unsettle and provoke
audiences and jolt jaded horror enthusiasts out of their PG-13 apathy.

Kitamura works with a modest but shrewd sense of space in the decaying
subway, the claustrophobic train and the creeping gloom of the city.
There's a certain simpatico between Barker's distinctive tone and
Kitamura's balls-to-the-wall film-making that compliments each other to
the benefit of the film's atmospheric resilience. The unvarnished
horrors cooked down deep in the gallows of the tunnels, plunged into
darkness form the basis of Kaufman's terrible fixation on the
disappearing passengers and that indescribably malicious man who stalks
the shadows. Mahogany is the film's myth, the legend of The Butcher.
Prepossessing the exactitude of traits essential to the character,
Jones has the nasty glint in the eye, the mysterious swagger of
indestructibility and the imperative of consuming evil, as well as
having the benefit of looking like the quiet guy in the corner of the
bar who could take out an entire gang of hoodlums without spilling his
drink.

Kitamura's modulation of the material's emotional stakes and his
slow-burn style of ratcheting up tension gives the story further layers
to plunge into, not withstanding Cooper's unlikely presence as the
film's corruptible protagonist. Jeff Buhler's screenplay from Barker's
25-year-old story is uneven at times but keeps an atmospheric dread of
hopelessness. Supporting characters include Kaufman's wife (Leslie
Bibb), a counterpoint to the man's wavering sanity and a threadbare
characterisation of his good-humoured pal Jurgis (Roger Bart) who
stands to represent Kaufman's humanity. But even if these emotional
contrasts don't work, the film itself is a tidy and effective
meta-slasher that resonates beyond corporeal carnage. Kitamura's
subtextual ingenuity is shown through macabre imagery of animal
carcasses hanging off meat hooks as Mahogany tenderises, disembowels
and stores his victims just like the morsels of flesh they are.

Clive Barker's fantastical and mad blend of visceral shocks and
profoundly unsettling explorations of worlds coexisting and buried deep
within the one we think we understand has become an important component
of our contemporary literary and filmic universes. While "The Midnight
Meat Train" never hits the spasms of metaphysical despairs in
"Hellraiser" or the diabolical mind-warps of "Candyman", this is
forthright horror – simple, powerful and unadulterated.