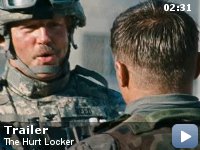 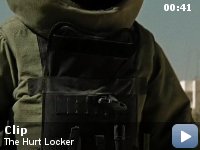 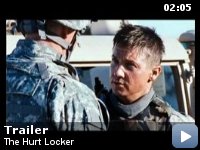 Forced to play a dangerous game of cat-and-mouse in the chaos of war, an elite Army bomb squad unit must come together in a city where everyone is a potential enemy and every object could be a deadly bomb.

Storyline
An intense portrayal of elite soldiers who have one of the most dangerous jobs in the world: disarming bombs in the heat of combat. When a new sergeant, James, takes over a highly trained bomb disposal team amidst violent conflict, he surprises his two subordinates, Sanborn and Eldridge, by recklessly plunging them into a deadly game of urban combat. James behaves as if he's indifferent to death. As the men struggle to control their wild new leader, the city explodes into chaos, and James' true character reveals itself in a way that will change each man forever.

Taglines:
You'll know when you're in it.

The production had a hard time booking key crew members and department heads, since the film was shot on location in the Middle East (specifically in Jordan, the country right next door to Iraq).

Revealing mistakes:
In any scene where the characters are not wearing body armor, their name tapes and U.S. Army tapes are reversed. The U.S Army should be on the right, and the name should be on the left.

Beckham:
Five dollars for what, man? You crazy now?

Staff Sergeant William James:
Yeah. The DVD you sold me was crap.

Staff Sergeant William James:
No. It was shaky. It was out of focus, buddy.

Beckham:
Girls on dog? Gay sex, man? Anything you want, you get. I hook you up, man.

The Brilliant Explosion Of Kathryn Bigelow


I spent the entire film grabbing the arms of my seat. I was there in
Irak, steps away from my death and the death of those around me. The
tension, the suspense is at times breathtaking, literally. "The Hurt
Locker" is a miracle and the definitive consecration of a great
filmmaker, Kathryn Bigelow. This is also a rare occasion in which I
went to see the film without having read a single review or knowing
anything about it. One should try to do that more often because the
impact of the surprise translates into pure pleasure and in this case,
sometimes, you have to look away from the unmitigated horror. Jeremy
Renner is a real find. He is superb. A kind soul, wild man with enough
arrogance to make him appear reckless and yet his humanity precedes
him. People may commit the mistake of avoiding this gem thinking that
it's just a war film. Don't. It isn't. It's a great, engrossing film
about human emotions, not to be missed.