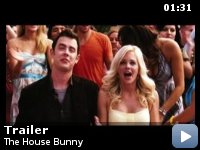 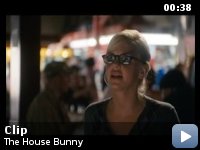 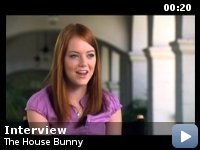 When Shelly, a Playboy bunny, is tossed out of the mansion, she has nowhere to go until she falls in with the sorority girls from Zeta Alpha Zeta. The members of the sorority – who also have got to be the seven most socially clueless women on the planet – are about to lose their house. They need a dose of what only the eternally bubbly Shelley can provide…

Storyline
Finding family. Shelley Darlingson was raised in an orphanage, finally happy when she blossoms into a fox and moves into the Playboy Mansion. Unfortunately, she's summarily expelled on her 27th birthday(she's now too old). In desperation she takes a job as house mother for a sorority of misfits losing their house for lack of members. They have but a few months to find 30 pledges, or a sorority of mean girls will take over their place. Shelley figures that girls will pledge a house that boys find interesting, so she sets out to make the Zetas alluring, not act too smart, and host great parties. Can she succeed, and what about her own makeover? Sabotage is everywhere, plus it's hard to be one's self.

Taglines:
Bodaciously Going Where No Bunny Has Gone Before… College.

Shelley (Anna Faris) mentions in one of the scenes that she once let Bob Saget 'grind' on her as an act of philanthropy. Kat Dennings (who plays Mona) used to be in a TV series with Bob Saget, called
Raising Dad.

Ashley:
It's been so nice meeting you.

Anna Faris makes this movie watchable, likable, and enjoyable for anyone, even guys.


Let me just say that I'm 19, a guy, and straight, and DAMN was I having
a great time watching The House Bunny. To sum it up, THB is basically
an Adam Sandler movie for girls, with Anna Faris breathing life into an
otherwise flat movie with her uncanny comic ability and unbeatable
charm. In short, she makes the movie watchable, and in some moments,
likable and entertaining.

I see this film as one that most will easily dismiss without a second
look, and I really discourage you from doing that. Anna Faris alone
deserves your attention in this movie, as she is brilliant. I even
heard a few people in my theater say that she could get a Golden Globe
nomination for Best Actress in a Comedy. I honestly wouldn't be
surprised. She's lovable, adorable, intelligently stupid, and of
course, roll on the floor hilarious. She's the reason the Scary Movie
series is so much 'better' than the other movies in that series (Date,
Superhero, Epic Movies), and her charm and charisma carries over here.

In addition to Faris, the strength of the film is the supporting cast
(except Hugh Hefner, who gets a pass for simply being Hugh Hefner). The
funny thing is, most of the performers aren't even actors. I'm not
going to lie and say Rumer Willis is brilliant, because she's not, but
she's funny and is good looking enough to surprise us. Katharine McPhee
doesn't get enough screen time, but she does do a great job with what
she's given. The last of the 'non-actors' is the frontman for The All
American Rejects, Tyson Ritter, who is tolerable in a bit part.

Now, unsurprisingly, the best supporters are Kat Dennings and the
WONDERFUL Emma Stone (Jules from Superbad). Stone is so likable and
adorable that she's the best character in the movie after Faris. Colin
Hanks is…well, I for one was surprised that he did this movie, but he
was an asset nonetheless.

I'll go ahead and get my complaints out now. First and foremost,
whoever edited this movie is absolutely terrible. Whether it be
changing hairstyles, continuity errors, or bad cuts, the editing is
noticeably bad, especially towards the end. I also didn't like the
direction the script took in the end, as it turned the film into a
parody of itself (which was weird considering the entire film was a
parody of stupid girls and stupid men), and displayed several out of
character moments. The jokes were a tad lame and predictable outside of
Faris's character (there was NOTHING bad about her), but it was okay.
There were some smart jokes that actually took some time to get.

The final plus for this movie is that it is LOADED with cameos. Since
you know who the production company is, you already know the group that
will be appearing, plus a surprise appearance from 2 NFL quarterbacks
(one retired QB, and one current) in the beginning. All in all, The
House Bunny is surprisingly funny, all because of Anna Faris and Emma
Stone, both of whom have very bright futures ahead of them. Faris is
definitely one of the funniest ladies alive.