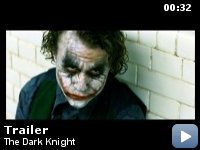 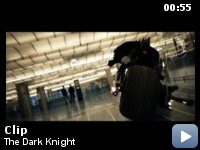 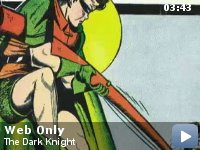 Batman, Gordon and Harvey Dent are forced to deal with the chaos unleashed by a terrorist mastermind known only as the Joker, as he drives each of them to their limits.

Storyline
Batman raises the stakes in his war on crime. With the help of Lieutenant Jim Gordon and District Attorney Harvey Dent, Batman sets out to dismantle the remaining criminal organizations that plague the city streets. The partnership proves to be effective, but they soon find themselves prey to a reign of chaos unleashed by a rising criminal mastermind known to the terrified citizens of Gotham as The Joker.

Taglines:
I Believe In Harvey Dent.

The infamous growl performed by Christian Bale was much rougher in this film than
Batman Begins and has been parodied countless times due to its extreme nature, however the common misconception is that Christian Bale was fully responsible for this voice. The real voice during filming was more toned down and then heightened to a rougher, grittier vibe during post-production under the decision of director Christopher Nolan.

Incorrectly regarded as goofs:
The length of The Joker's hair changes throughout the course of the movie on several occasions. It begins mid length then changes to long, then back to short. This is suitable for this chameleon-like, disguise-loving character.

Grumpy:
[with Chuckles, picks up Bozo on the street]
Three of a kind, let's do this!

Grumpy:
Plus two guys on the roof. Every guy gets a share. Five shares is plenty.

Grumpy:
He thinks he can sit it out and still take a slice? I know why they call him "The Joker".

Happy:
[up on the roof, breaking open the alarm box with Dopey]
So why do they call him "the Joker"?

Dopey:
I hear he wears makeup.


Wow. Just wow. And I thought Batman Begins was excellent. This… this
piece of art… its PHENOMENAL!! From the scale, to the acting, the
atmosphere, the music, the action, it's all art. I have not experienced
this level of greatness in the cinema for a long time. This film is the
darkest Batman, as well as one of the darkest, violent and gripping
films, ever made.


I'll start off with the actors. Christian Bale has done a tremendous
job as our beloved Caped Crusader, who has a flawed personality that
hangs on the balance between righteous and crazy. His perception of
justice causes an emotional and personal shift, whether he is a rich
guy who fights crime in a suit or just a regular guy who is sick of all
the injustice in Gotham City and decides to give the psychopaths a dose
of their own medicine. Because of this, and Bale's tremendous acting,
the Bruce Wayne character is justified, and we, the audience,
emphasizes with Bale's flawed hero more than Michael Keaton, Val
Kilmer, George (shudder) Clooney, Kevin Conroy, or God forbid Adam
West, ever will. If there was an excellent Batman, this is the real
deal. The theme of righteousness and insanity is played well with his
character here.

But of course, the real star of the show is the late and great Heath
Ledger, who steals almost every scene he's in as the villainous Joker
(Nicholson, step aside). This Joker is not like the other renditions;
he is the best. Downright evil, corrupt, insane, psychotic, terrifying.
In every sense of those aforementioned words. More scary than funny, he
shows audiences the Joker is undoubtedly Batman's most nefarious foe
and his perfect nemesis, challenging him all the way. With a cynical
smile, he proclaims in a scene where Batman is a freak to the public,
like the Joker himself. This also explains the balance of righteousness
that Bruce Wayne is going through. The Joker is downright evil, and
Ledger makes this performance legendary. I agree with the critics, sign
me up for the petition where he deserves a posthumous Oscar win.

The rest of the cast is excellent and star-studded. Aaron Eckhart does
his Harvey Dent/Two-Face character justice, with a strong sense of
righteousness/betrayal/twistedness up his sleeve, as well as Bruce
Wayne's rival in love. His acting is strong here. Maggie Gyllenhaal is
a great replacement for Katie Holmes as Wayne's love interest Rachel
Dawes, as she shows more sensitive and caring side towards Bruce, other
than Holmes' nearly flat performance. Michael Caine as Bruce Wayne's
loyal butler Alfred delivers, as well as Morgan Freeman as the CEO of
Wayne Enterprises. Gary Oldman does an excellent portrayal of Lt. James
Gordon, who aids Batman in his quest for justice. And a special mention
goes to Eric Roberts as a crime lord, who surprisingly does a great
acting job. The rest of the cast can take a bow, they can be proud of
their being in this film.

The cinematography is possibly the most sublime scenes ever chosen.
Gotham and Hong Kong are wide, and yet, there is this dark aura of
crime and corruption all around them. It really blends in well with the
film, giving it a distinct and unique look. Quite simply, this is the
best Gotham city in any Batman rendition. Wally Pfister has done an
excellent job.

To accompany the atmosphere is the tremendous music score by movie
music maestros, James Newton Howard and Hans Zimmer. With talents like
these, the score is unforgettable. It is tension-building at times, and
throbbing and glorious yet dark/moody during others. It deserves an
Oscar.

The very loyal screenplay is written very, very well by Jonathan Nolan
(director's brother), who has done a masterful job. The characters are
(pardon the pun) rich in character and the story has not a flaw in it.
For a comic book film adaptation, this film is not at all fantasy-like.
It is quite realistic in a way and this is what gives the film more
credibility. Also, the fact that the script is realistic is
unbelievable, as you expect a superhero film when you walk in the
cinema, and walk out realizing you have just seen an epic crime saga.
Yes, CRIME SAGA. It deserves to be mentioned in the same sentence with
"GoodFellas", "Heat", "The Untouchables" and even "The Godfather". I
kid you not, this film has the power. The fact that this is an epic is
further proved by the film's length – 2 hours and 32 minutes. Yes, it's
that long. But it goes by so fast because you end up wishing for more.

But of course, none of this is possible without the genius that is the
other Nolan, director Christopher. As per Memento, he knows how to
direct a film. The dramatic scenes are engaging and the action
sequences are crisp, thrilling, and will blow you out of your seat.
Nolan's direction is tense, whip-smart, kinetic and smart. All of the
action sequences are realistic, "boombastic", and CGI is used only when
necessary (Steve Spielberg and George Lucas, take note). The new
vehicle and some gadgets look cool and stylish and do not take away the
film's credibility and realism. There are a lot of action sequences to
boot, some of them combining themes from above. You will have to see
them to believe them. The brothers Nolan have done it again.

In short, it's a masterpiece. One that will knock you out of your seat.
It is the best Batman film ever, the best superhero film ever and the
best film of 2008 thus far. If there ever was a possibility of a summer
film winning Best Picture at the Oscars (like Titanic and Lord Of The
Rings), this will join their ranks. It is rightfully deserved. Do
yourselves a favor and see this piece of art. Repeated viewings highly
recommended.